While looking at new offerings from Orient JDM, they are totally pimping their open heart Watches. Open heart Watches were invented to promote horological fugliness. It's like a stripper flashing one boob, sheesh. Remember when Zenith was led to the slaughterhouse by some awful CEOs before eager Biver put the new startup-minded head of this once mighty brand in place. Farewell open hearts, make a great dial. 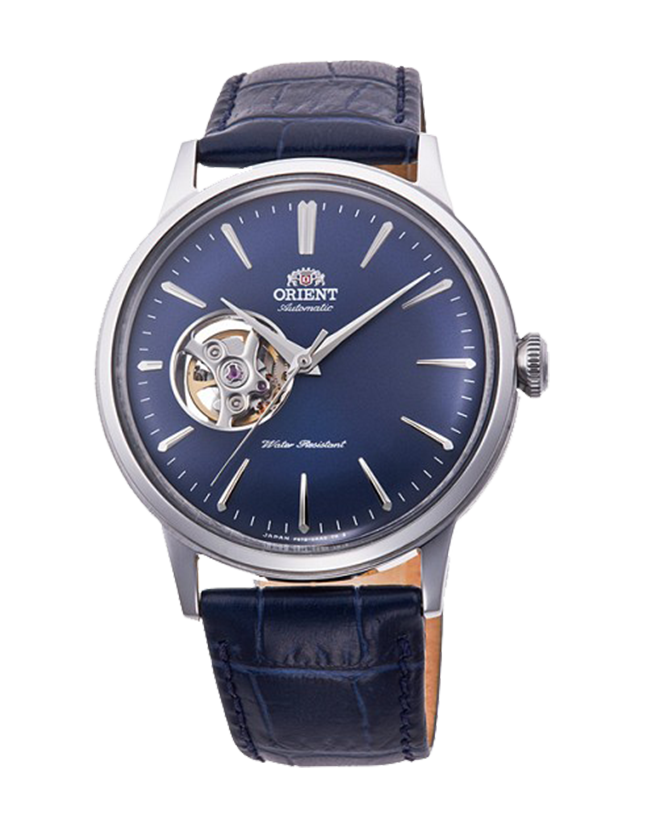 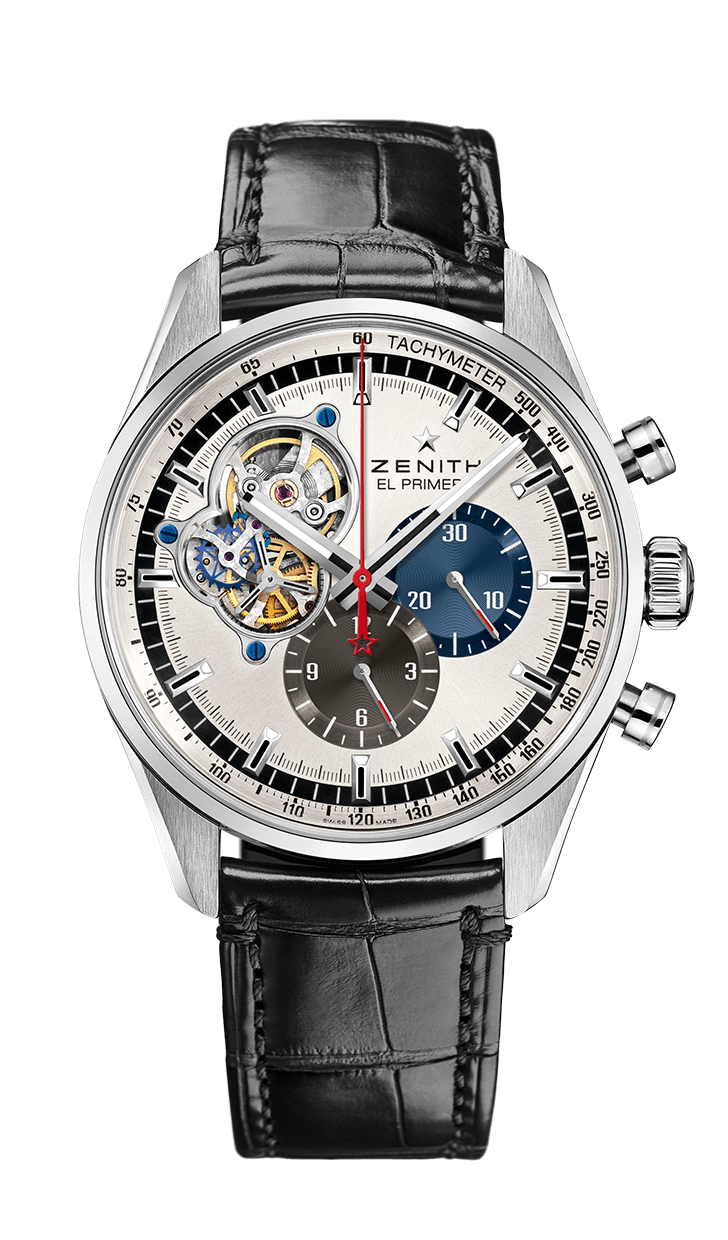 Done proper on the right watch they can be cool IMO.
Copyright

Have you ever seen Orients retro series?
See you're WRONG I don't work at all, I'm a Democrat. The immortal Horse Feathers as spoken to Chucky Ninetoes. 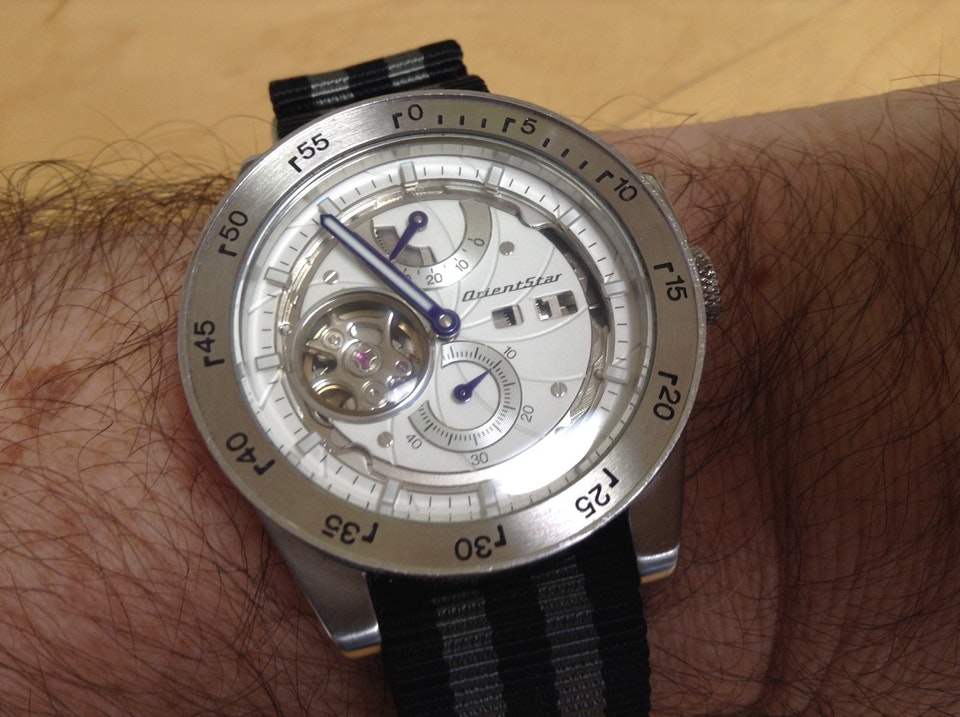 No doubt it is fascinating to watch the balance wheel and the escapement in action - it (to me) even has a relaxing effect, almost hypnotizing. However... if You want to see it, get a watch with a glass back. Constructionwise the location of the balance wheel on the main plate has for ages followed a functional (and space optimizing) design, and because of that it is not centered on either horizontal or vertical axis of the movement. Unfortunately it is also not "off" far enough from either of these axis' to appear "willingly placed off symmetry". It just looks odd. My German watchmaker once had the idea to alter a movement in such a way that he could actually have an open balance placed on the vertical axis. I don't know if he ever got to it, but he had shown me some drafts and sketches. But he also explained that fiddling with this may severely impact accuracy. We also discussed that establishing a gear/lever construction to help placing the crown and tube askew from the original stem might be an idea - in larger watch cases there would be sufficient space for such a construction.
Ardnut since 1989

gerdson wrote:Constructionwise the location of the balance wheel on the main plate has for ages followed a functional (and space optimizing) design, and because of that it is not centered on either horizontal or vertical axis of the movement.

Except for Mr. Li's, and the other Chinese open-hearts which are based on his original design, meaning almost all of them--which are symmetrical. 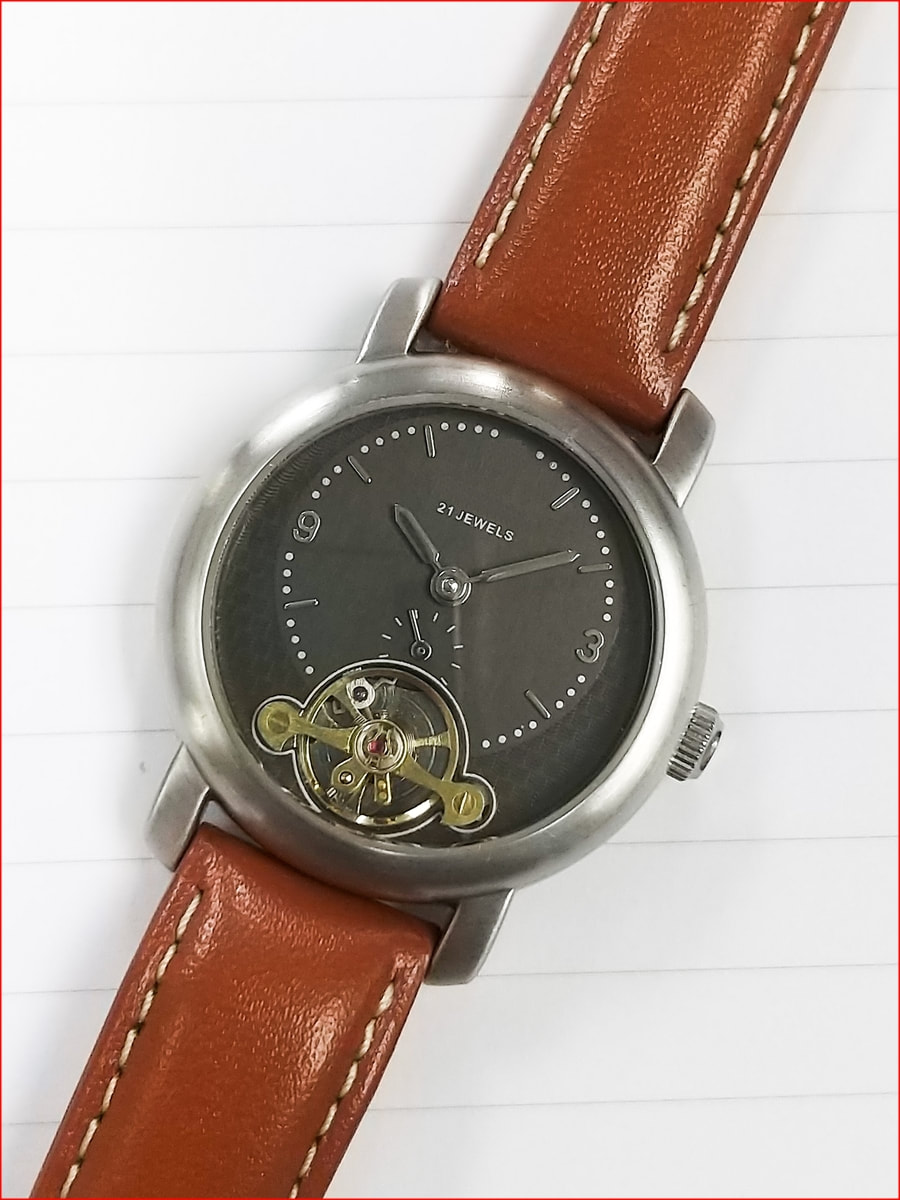 At least it isn't a day/night indicator.
.

Thought I liked them till I bought one. Not for me but I might make an exception for that Zenith. I too am all about the symmetrical in most things
NRPI here.

I’ve seen a couple that don’t look bad, but most remind me of a person with a messed up grill.

I've had a couple but all are now gone. Oddly enough my favorite was a Russian Diver with a Unitas Movement.


Blast from the past pics of someone elses.

A wartch with a toilet on the dial ^
.

Love to look at a movement, not on the dial though.
My best friend from college shared his secret to his huge financial success, "I fell out of the right vagina."
Post Reply
14 posts • Page 1 of 1