Lads and lasses, hello and welcome to the thirtieth - yes, thirtieth! - instalment of Bring a Brain, your favourite watchdog/comedy series. As always, you will be treated to some of the nasty listings from more or less well-known dealers, and a thorough explanation for why these watches are lemons, and why you would prefer to step on a land mine than buy one of them. Especially that in this episode, you will see a truly revolting franken. Lads and lasses...The game's afoot! Follow your spirit, and upon this charge... This is your Bring a Brain!

First, let me start with Hodinkee, the site, which happens to be the horological equivalent of the Dark Side of the Force. Well, we (me and you, fine folks) at Bring a Brain prefer to stay in the light.

First up, this Eterna:
https://shop.hodinkee.com/collections/vintage-watches/products/1940s-eterna-automatic
...the description of which contains misinformation, which Hodinkee perpetuates with persistence worthy of a better cause. And not for the first time, either...

...around when it introduced its first automatic winding movement in 1948.

Wrong. Eterna has introduced the rotor automatic with the Eterna-Matic five-point ball bearing system in 1948. Eterna has experimented with automatic movements in the early 1930s, but the first family of autos -bumper automatics, to be precise - from Eterna was the 83X series, introduced in 1939. This Eterna dates to 1949, and is NOT equipped with an early bumper automatic. The calibre 1076H (they mention it as 1076, which isn't correct, as the H suffix denotes the Eterna-H device) was introduced in 1944, north of a decade after Eterna's first approach at automatic movements, and 5 years after the first Eterna bumper hit mass production.

Now, this Zenith...
https://shop.hodinkee.com/collections/vintage-watches/products/1950s-zenith-pilot?variant=13754306035787
...which, in my considered and evidence-supported opinion, is a frankenwatch through and through.
Exhibit 1: the serial. The movement serial points to (sic!) 1919! The case number is lower than on my 1948 Zenith, so that places the case before 1948... Of course, the odd serial could suggest a Besancon factory Zenith, but what the hell would a Besancon movement be doing in a Swiss Zenith case, and why would a dial intended for a sweep second be paired with a sub-second movement?

Exhibit 2: the movement is mismatched for the dial. Note that it's a dial intended for a sweep-second, presumably for calibre 126-5 or 126-5-6. The movement, meanwhile, is a sub-second one.

Exhibit 3: movement features do not comply with case back inscriptions. The case back inscription promises a "shock-protected" movement inside. In case of Zenith, that would be Incabloc. Dear Hodinkee, do you even know what Incabloc looks like?
Also, look at the alignment of the movement in relation to the stem.
Zenith 126 in Ranfft, for comparison:
http://www.ranfft.de/cgi-bin/bidfun-db.cgi?10&ranfft&2&2uswk&Zenith_126_0

My explanation is simple: the movement in Hodinkee's Frankenzenith is actually a 12-ligne open-face movement intended for a ladies' pendant watch...from one of which it has likely been sourced.
The conclusion is inevitable... 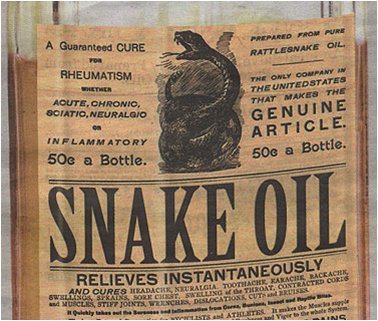 Rolex Rustbucket:
https://shop.hodinkee.com/collections/vintage-watches/products/1950s-rolex-precision-reference-9022?variant=13754516734027
Interestingly, but not surprisingly, the condition assessment does not mention the worn-out, filthy movement.


Now, let's move to an offering from another dealer - the notorious seller of questionable merchandise, Romain Rea of Antiquorum (a nearly broke auction house known for selling fake Panerai).
http://www.romainrea.com/en/men-watches/montre-vintage-breguet-breguet-classic-yellow-gold-1231.html
"Breguel", hmmm, interesting... And what's more interesting, that's not the first "Breguel" sold by Rea. Wonder if they all come from the same source...

Let's visit another venue, known for not having been founded by a Theo or a Harris, yet being named after them, in spite of them never having existed.

https://theoandharris.com/shop/vintage-watches/rolex-daytona-ref-116500/
24 grand, huh? For anyone not in the know why is that so revolting: the MSRP for this watch is a hair north of $12k.

https://theoandharris.com/shop/vintage-watches/waltham-5/
...because nothing screams "my trust fund did not run out yet!" like paying 360 bucks for a run-of-the-mill Waltham.

Now, a Hammy with "A Dog Chewed It" dial...
https://theoandharris.com/shop/vintage-watches/hamilton-super-compressor/

...and a Rolex for fans of iron (II,III) oxide.
https://theoandharris.com/shop/vintage-watches/rolex-date-ref-1500-20/

Last, but not least, a new swindler on the block, a dealership recently featured in Dan S' recent thread. With the mention of two fake/franken LeCoultres there, let me roast both specimens...

https://curatedwrist.com/collections/jaeger-lecoultre/products/vintage-jaeger-lecoultre-military-watch-with-rich-patina
Fake dial, not even matching the case. Not a single JLC milwatch would have had "fancy lugs..."
The watch is also missing any British military markings. Egregious redial with incorrect hands.

Another faux-milwatch...
https://curatedwrist.com/collections/jaeger-lecoultre/products/jaeger-lecoultre-vintage-military-watch-issued-to-royal-air-force
The markings are fake. 6B/159-spec didn't have spring bars, only HS8 (Fleet Air Arm-issued watches) had them. Last, but not least, what on Earth is an American market dial doing in a British milwatch?! JLCs for the British military were all marked the normal way, "Jaeger-LeCoultre." The case is incorrect for any 6B/159. Short, fat lugs, good one...

That's it for this instalment of Bring a Brain. Hope you have enjoyed it (unless you're the seller of these things...), and found it educational. As always, Bring a Brain will return if necessary!
I always hope for the best. Experience, unfortunately, has taught me to expect the worst.
Elim Garak, Star Trek: Deep Space Nine

BOOM! Awesome, man. There is/are no bigger rip-offs and/or infuriating douchebags than the citified, lying sleaze that operate Theo & Harris - a bigger ripoff I have yet to find in the hobby, other than the minds at Invicter. Well done, as always.
Rule 1,493: Never photograph a watch on a wrist. On a lovely rock in a pond or a parapet, certainly - but never on a wrist.
- Chapter Seven, The Bazinga! Way To Become A Blogger Billionaire

Such fun, as always.
All the children must be wondering; "Are we next?"
Ban guns.

Theo & Harris is currently selling a watch, the same model and time period that I purchased at a brick and mortar jeweler - for $2,235 more than I paid.

Fleecin' the suckers. Nice job, as always, with Bring A Brain.

Another fine chapter exposing the mendacity of jagoffs, Mr. Bloke!

Thanks, chaps. It's been a long while since I had such a good time writing Bring a Brain. That Frankenzenith... It's like Christmas came early. In almost every instalment I catch the Donkeys selling shit, but this time, they really delivered in terms of a case study of what a complete and utter lack of research leads to.
I always hope for the best. Experience, unfortunately, has taught me to expect the worst.
Elim Garak, Star Trek: Deep Space Nine

No good deed ever goes unpunished.
Rule of Acquisition no.285
Post Reply
6 posts • Page 1 of 1