https://forums.watchuseek.com/f11/bring-brain-back-again-ep-xxix-4876879.html
Note: the WUS censorship has removed the original BaB XXIX, but it still remains as it was here at Watchlords.

Lads and lasses, it is my very good pleasure to welcome you to Bring a Brain after this brief hiatus. To those of you who thought that your favourite - or not favourite, if you're on the wrong side of the barricade - watchdog/comedy series is gone, let me reassure you with Winston Churchill's words: "we shall never surrender!" Keep in mind, that fun aside, BaB is about an idea. This idea is to expose the dangers of the market, these dangers being questionable pieces, dishonest people, and said people's claims. Especially this concerns supposedly established vendors/news outlets, which make people feel safe about what they read or buy, while, in fact, they're about as safe as a jog in a minefield or a picnic under a hanging rock.
That said... Once more unto the breach, dear friends, once more! [...]The game is afoot! Follow your spirit, and upon this charge..."


Let me start with - who else - Hodinkee.

So, how many strictly technical issues (not even matters of authenticity) can an Omega have? This Constellation has quite a bit of them:
https://shop.hodinkee.com/collections/vintage-watches/products/1970s-omega-constellation-reference-168-017-sp?variant=13626690469963

"Very minor loss on the lume plots." Minor? Some of them are almost completely gone! Some of the surviving ones look quite unconvincing - please don't tell me it was Omega who committed these blobs...
Then there's the case back gasket, or what's left of it. By Jove, you'd think they could spare a few bucks on a new O-ring.
The condition of the movement is, well, not good. You can see that the plating on the baseplate is badly worn. The watch was also extensively worn well beyond the service interval, as the case back and the rotor bear particularly nasty traces of one rubbing against the other. Verdict: worn rotor pinion. Given that Hodinkee does not service the watches, and any service history is unknown, it may be that the issue persists, and the movement is badly in need of a watchmaker's intervention. Oh, and a costly intervention it will be.

Next up, this JLC Club:
https://shop.hodinkee.com/collections/vintage-watches/products/1970s-jaeger-lecoultre-club-automatic?variant=13626691944523
It's pretty clear, that for the money one can do better. Much better. Great Scott, why would one spend that on an entry-level piece with a not-particularly-high-grade AS ebauche inside?

Now, a masterpiece of euphemisms:
https://shop.hodinkee.com/collections/vintage-watches/products/1960s-enicar-sherpa-super-dive
"The movement rotor shows light scratches and light wear." That's like selling a car with holes eaten away by rust, and describing it as in need of cosmetic work on the coach.

"Oversized" Doxa chrono:
https://shop.hodinkee.com/collections/vintage-watches/products/1940s-doxa-oversized-chronograph
I'm not really fond of calling these watches oversized. At 14 lignes, the Valjoux 22 isn't a small movement, and thus it's not common for it to come in a particularly small package that'd be in line with the average size back then.

"We really saw you coming, Mr. Hipster, and we know you'll love the rustbucket that we want you to spend your trust fund money on":
https://shop.hodinkee.com/collections/vintage-watches/products/1960s-lemania-single-pusher-military-chronograph?variant=13611283972171
An image is sometimes more telling than a thousand words... 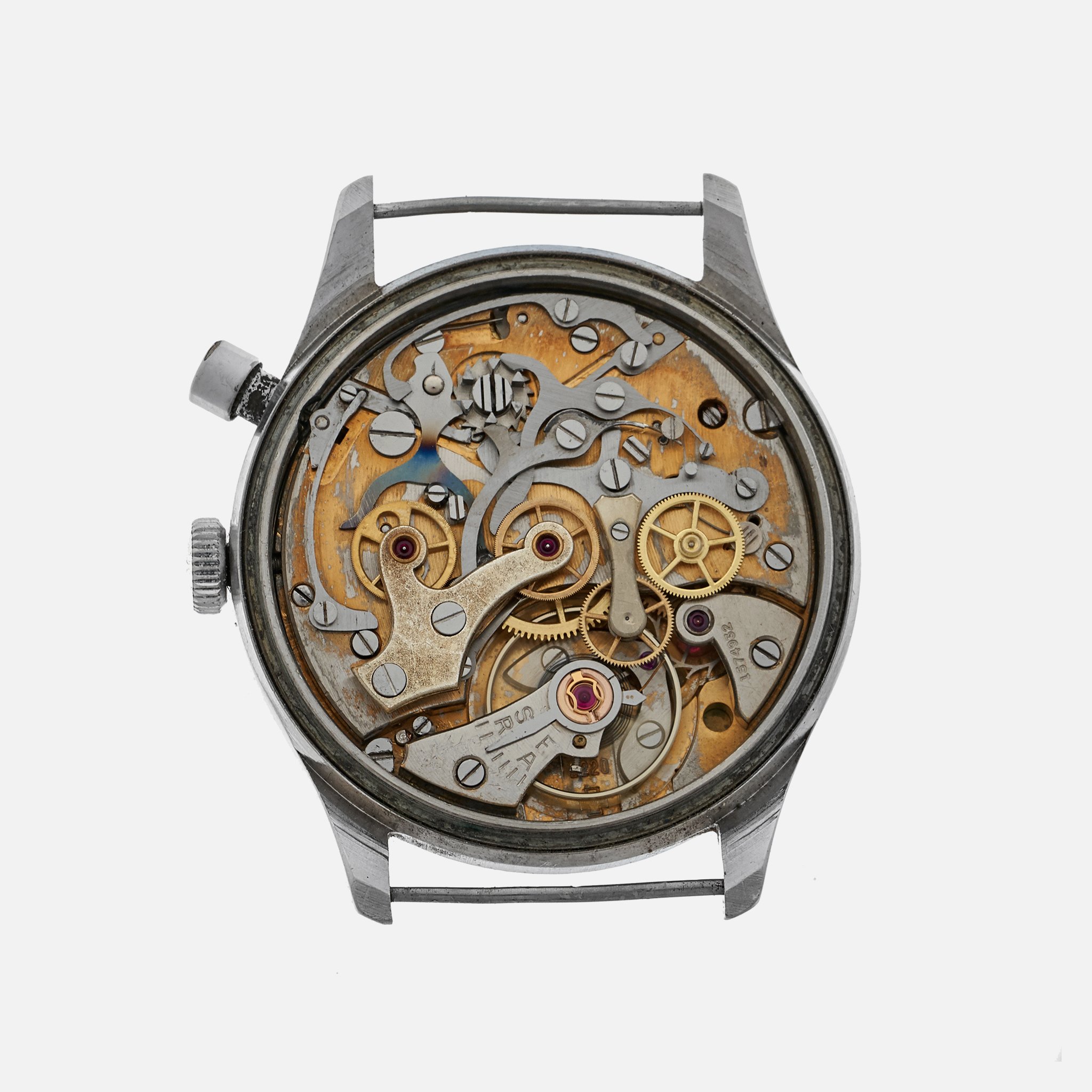 Now, an excerpt from the column, to which Bring a Brain owes its name... Scroll down to the section about the Omega Ranchero ref. CK 2990-1.
https://www.hodinkee.com/articles/bring-a-loupe-september-29-2018
Yes, that Seamaster signature on the dial is very convincing. Rather sloppy, as far as Seamaster font goes, and on top of that, it's off-centre, sticking out to the right. Not to mention the fact, that the white paint is not the same shade as the rest of the white printing on the dial. OK, so the whole dial had the printing done with the same kind of paint, but it's just the "Seamaster" inscription that decides to age differently? Not a chance. Sorry.
This passage...

(...)that the dial is signed both Ranchero and Seamaster. This is likely due to the fact that Omega began attempting to find new ways to make the Ranchero attractive to consumers...

...is so wrong, that it's hard to tell where to start pointing it out. First of all, the Seamaster co-signing is, in all likelihood, fake. The second thing is that no such branding would have been needed for the 2990. That's because the 2990 was a Seamaster, some of which have been produced as Rancheros. In fact, fake Rancheros, being essentially "converted" CK 2990 Seamasters, are a plague.

Let's move on to another site. This time... Yes, it's the King of Cape Cod!

Let's have a look at this Tissot:
https://vintagecaliber.com/collections/all/products/1951-tissot-jumbo-cal-27-2t-b-new-old-stock-b

First of all, oversized Tissots are quite common. Second, "real NOS watch for a reasonable amount of money?" The crown looks to be an incorrect replacement, that's one thing. There is a recess in the case, yet this thing isn't of the correct size, and sticks out beyond the recess. The minute track appears to be misaligned, especially by the 11 o'clock marker. NOS? Yeah, sure. "Original tag and spring bars?" How the hell can anyone determine spring bars as original, and hang-tags can be bought on eBay... Swell.

Then there's this Omega:
https://vintagecaliber.com/collections/archive/products/1945-omega-cal-30t2-sc-rg-rare-jumbo

Did anyone notice what's wrong with the listing? If not, I hasten to assist you with that. This movement is not a 30T2 SC RG. Really, the wares on that site are like the "snake oil" in the Old West.

On a positive note, it doesn't look like they're selling a lot these days. Good.

We'll end with the probably worst vintage watch shop out there - Theo & Harris. I don't watch their YouTube videos, I can't stand more than two minutes of one, and two minutes constitutes my personal record of patience in that respect. My nerves are far too precious to waste them on that. They've recently added a female co-presenter - which really does not help, because now instead of one knower of nothing, there are two in there. In this hobby, just a new face doesn't cut it, if there is no knowledge behind it. It's knowledge that defines one in it - it's sad to see that in the wake of the flak they've been getting, their only attempt at fixing it is trying the "let's add a pretty face" approach. This is unethical, for a multitude of reasons.

And there, let's look at the wares...
https://theoandharris.com/shop/vintage-watches/omega-suveran/
No movement ID, and just look at the dial...What dial? It's gone! There's no dial to speak of here, really... 1885 bucks? How about no?

https://theoandharris.com/shop/vintage-watches/creation-2/
Lugs appear to be bent and chewed on the inside, the dial's not in good shape, either. No movement info. This worn pig in a poke is priced at 1225 USD. Audacity, level 100.

https://theoandharris.com/shop/vintage-watches/omega-deville-3/
These 1970s De Villes aren't uncommon, and aren't particularly desirable. But hey, it never hurts to fleece someone, right?


That's it for this instalment of Bring a Brain. Take care, steer clear of the rocks, and - as always - Bring a Brain will return if necessary!
I always hope for the best. Experience, unfortunately, has taught me to expect the worst.
Elim Garak, Star Trek: Deep Space Nine

Another find BaB, Mr. Bloke. Why, do you think, the original was scrubbed from WUS?

conjurer wrote:Another find BaB, Mr. Bloke. Why, do you think, the original was scrubbed from WUS?

Thanks, Conj. As to why, it doesn't look like they're really keen to have the T&H equivalent of Watergate (in case of T&H, Pillockgate) exposed on the forum. Dunno if they're indeed so conservative about amateur investigative journalism, or if that spray-tanned twit has a friend at the OKW(US).
Last edited by MKTheVintageBloke on January 25th 2019, 8:48am, edited 1 time in total.
I always hope for the best. Experience, unfortunately, has taught me to expect the worst.
Elim Garak, Star Trek: Deep Space Nine

Great stuff yet again Mike. It's a shame WUS have such strange moderation, but not surprising really.
All the children must be wondering; "Are we next?"
Ban guns. 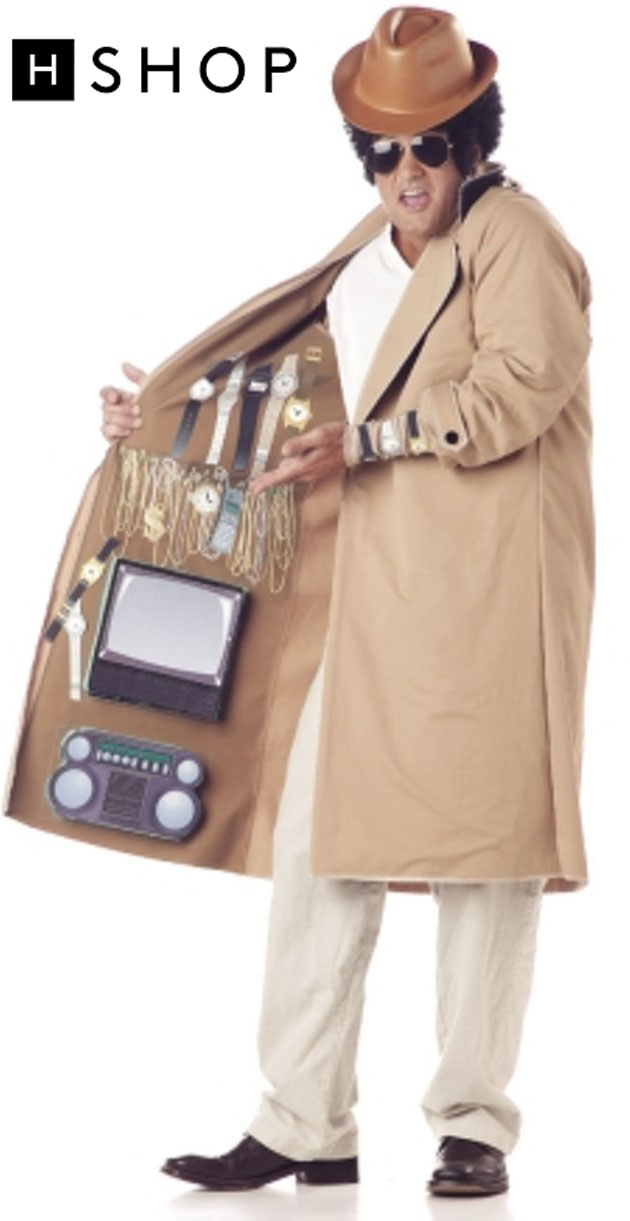 No good deed ever goes unpunished.
Rule of Acquisition no.285
Post Reply
6 posts • Page 1 of 1