Watches and such at Kickstarter.
Post Reply
3 posts • Page 1 of 1

So when we launch, there will be three variants, but all will share the same basic foundations.

The most important thing to note, is the steel from which our pieces will be made. If we’ve done our jobs properly you’ll already know, but for those who have just happened upon this article, all of the watch cases are being crafted from steel that has been reclaimed from the Royal Navy’s famous Type 22 frigate; The HMS Cornwall. 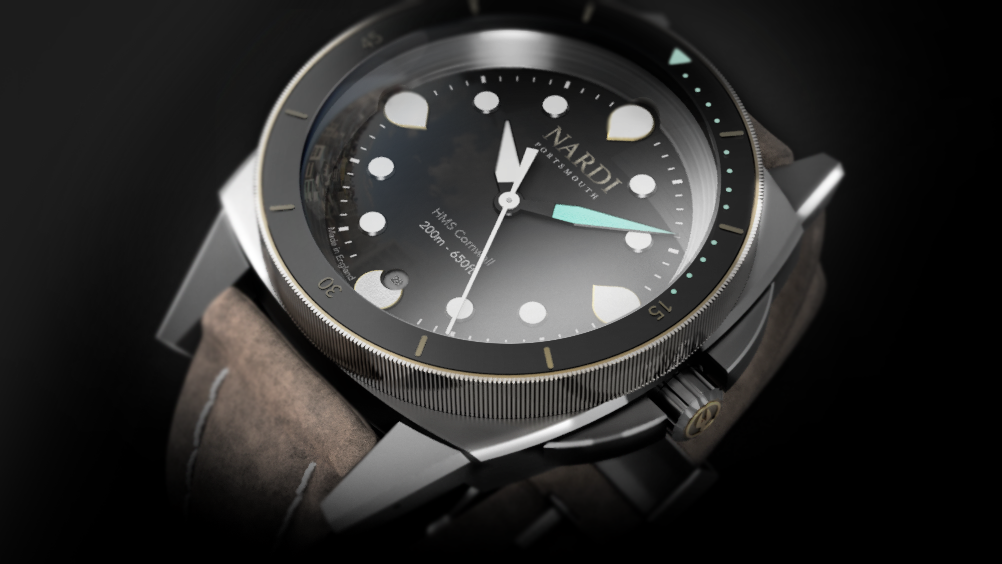 This obviously adds a few levels of complexity to the manufacturing process, but even though the source material will need to be de-slagged, purified and subject to a forge, the resulting carbon footprint will be substantially smaller than if we’d used traditional processes.

The other common factor to all variants, will be the engine that drives them… After various discussions, we’ve decided upon the Sellita SW200-1. Swiss made, reliable and with a dependable supply chain (all movements will be lubricated and regulated prior to assembly).
Modus Operandi

It would have been easy (with such a good idea – even if I do say so myself), to structure the project around profit; using cheaper movements, imported ancillaries, OEM design principles and even white label parts. But due to the unique way in which crowd sourcing works, we’ve decided to go ‘the other way’.

Instead of offering what might be perceived as a ‘bargain’, we want to give our backers the opportunity to support something that’s actually expensive to produce. I mean sure, it will still be less expensive than your average ‘High Street’ equivalent, but how many of those feature 280pt Coin Edged bezels, drilled rehauts, custom date wheels, multi-finish cases etc etc etc? – We want to make something excellent for less, rather than something average for a steal.

Re: The NARDI Aquatic Combat Watch

It looks okay; at least the prototype does. The spots at the corners could be a bit smaller for my tastes.

I couldn't care less where they got their raw steel; that part of the story is more of a metallurgist's wet dream. No doubt we are wearing watches that include steel from airplanes, busses, ships, cars, etc. By the time Nardis gets through with it, nobody would ever be able to tell from the steel came. And it's not like they are melting the stuff down and casting their own cases out in the back lot of the factory; they've paid somebody else to do that for them.

Now, if Mr. Nardis was out in his back yard forge, melting down scrap metal plate from some excessed naval ship, and turning it into watch cases, one by one; the marketing boys would really have something. That's how it works for the makers of Japanese kitchen knives.

Re: The NARDI Aquatic Combat Watch

Nosing around their site, I could not find any way to actually purchase their watch.

According to their "diary", they are nowhere near to producing anything. They signed up a new smelter to begin on 19 July 2020.