Related to your pets. Does not include girlfriends/boy friends
Post Reply
18 posts • Page 1 of 1

So it is with such an empty feeling that I report now that Gimlet - who morphed into Mr. Gibbles during the past 18 months - is gone. He was such a mystery dog - we had no idea how old he ever really was - and since last fall, he had fallen into one health problem after another, one by one. In recent months, he became incontinent, was diagnosed as pretty much senile, and of late wasn't eating well and, since he had a collapsed trachea, had developed a cough that refused to let him have much of a quality of life. Today, when he resisted his favorite food, in addition to horking up bloody bile, we knew it was time. The poor old guy. One of the sweetest creatures I could ever hope to get to know and love.

Folks, he had become almost impossible to take care of, but we just kept him going as long as we could. We were being awakened at 2, 3, 4 in the morning, since he couldn't hold his water. We were cleaning up messes on the carpet every day (as well as in certain areas of our apartment building, which always sent us into a panic). If he wasn't pissing, he wasn't eating; if he wasn't eating, the was vomiting; if he wasn't coughing, he was heaving. We would hand feed him, had him at the vet, jeez, like twice a month ... but when I saw the look in my wife's eyes this morning, I knew something was terribly wrong.

So, allow me this: He was a great old boy and I don't regret a moment of all of the struggles. "Struggles?" I've been blessed 20 times over to have the privilege of having this wonderful dog live with me. He was a pal from the moment we met.

As for myself, I'm really under the weather battling asthmatic bronchitis right now, but this hurts much, much worse. I only had 18 months with Mr. G, and all of you should get so lucky. But I gotta admit, I'm so numb right now. 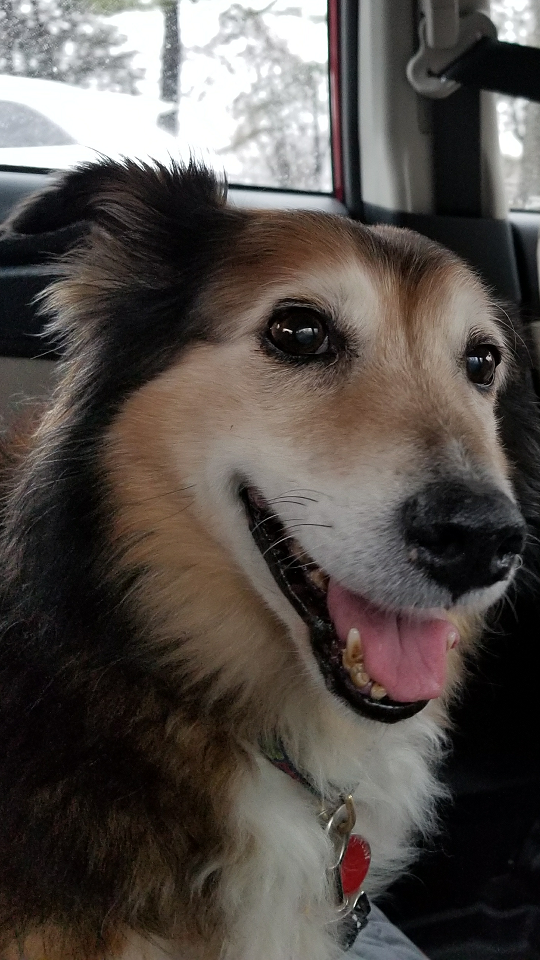 The Best Invicta Ever is: The ones you used to own. - Boscoe

He was blessed to have you in his life - and you in turn were blessed by his presence in yours. Farewell, Mr. G. - until that day of reunion.
"...and I shan't quit ripping them till I do get buckled!"

They generally give far more than they receive.

Sorry that you're dealing with this. I know firsthand how hard it is, as most of us do.
Randy in Nashville

Sorry T.
At least you provided him with the best 18 months of his life.

So sorry, T. You gave him the best you could. That's all a dog can hope for.

Know you had a good life here, filled with love.
My best friend from college shared his secret to his huge financial success, "I fell out of the right vagina."

I know what it feels like. It was only last summer that I lost my canine friend - and the folks here did a great job helping me piece myself together after that. If you feel like you need to talk, I'm there.
I always hope for the best. Experience, unfortunately, has taught me to expect the worst.
Elim Garak, Star Trek: Deep Space Nine

I’m sorry T. I really wish there were words that could help in what you are going through.
That picture of him is great, he was a handsome boy and you gave him a life filled with love. You touched his soul.
Please relay my condolences to Mrs. T.
If you or someone you know has been butt hurt over the lies Watchlords has exposed, you may be entitled to compensation. Please call 1-888-who-gives-a-fu** operators are standing by.

Damn, very sorry for your loss
"Old age and treachery will always beat youth and exuberance"

Jesus, T, that's so sad. People like you who love animals are certainly filled with a special grace.

You did the right thing, right to the end.

Sometimes old dogs need someone to see them out just like old people.

That he found caretakers like you and your old lady, meant to be, man.

You wrote this beautifully. I'm sorry for your loss.
Curator: Alberta Museum of Chinese Horology in Peace River

T
Mr. G is now at rest know that you did everything you could for him to make his life much better sorry for your loss


Take comfort knowing that one day you two will meet up again.... at the rainbow bridge

He came into your lives when you needed him and he needed you as well. Every pet owner knows this feeling all too well as our "pets" are family members and nothing less to most of us.

Just know that he loved you and that he brought you peace, love and joy while he was here. As long as you remember him, he is never truly gone.

Thank you all so very much.
The Best Invicta Ever is: The ones you used to own. - Boscoe
Post Reply
18 posts • Page 1 of 1