Related to your pets. Does not include girlfriends/boy friends
Post Reply
19 posts • Page 1 of 1 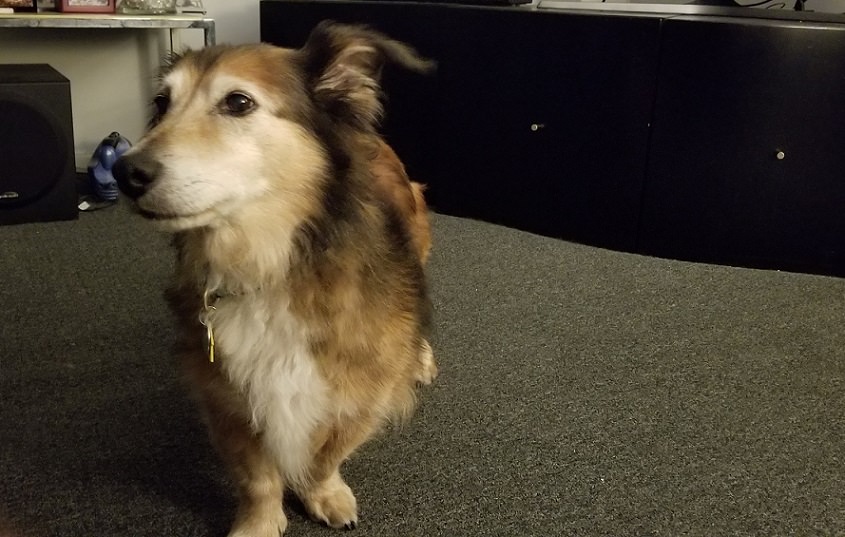 After my beloved dog Belle died in 12/15, haven't been able to get another dog - but now, new blood, the co-op says okay, we welcome. Gimlet - 7 years old, corgi/sheltie mix, sweet guy. First day home. Feels like 1,000 Christmases, I'm nine years old again, all is right with the world.

Excited for you TB
What a great name!
"Old age and treachery will always beat youth and exuberance"

Good for you guys!!
Does he get along with the cat?

What a cute pooch!!..You'll look great taking Gimlet for a walk while wearing your DateJust..

Nice pup, I'm sure your very happy and he is very happy to be with you.

foghorn wrote:Good for you guys!!
Does he get along with the cat?

Thanks for all the kind worlds, as usual, gang.

About your question, fog: Uh ... he's a sweet boy, walked up to her with his tail wagging. She hissed and ran under the bed, which I reckon will be her place of residence for a few days, even though we have them separated with a baby gate at this point. I get the feeling she'll come around and when we first adopted her, she hid under a table much of the first two weeks.

Cat's used to being the Alpha pet- that always makes for an interesting transition, eh?

By Jove, isn't that one gorgeous wee pooch!
I always hope for the best. Experience, unfortunately, has taught me to expect the worst.
Elim Garak, Star Trek: Deep Space Nine

Cat's used to being the Alpha pet- that always makes for an interesting transition, eh?

As we begin day three, I'm kind of exhausted. The dog is beyond super, though he's going to be a wee bit of a challenge. Gimlet was actually given that name by the rescue group from Tennessee that carted him up here. He was actually being fostered in Manhattan by this absolute angel of a couple (the woman involved is actually a bit famous in these parts), where we picked Gimlet up. But since he's about seven, he doesn't know the "Gimlet" name and he has had a rough time - extracted teeth, had a fatty tumor removed from his hip, other things. He also has a habit of "burying" his food before he eats. The dear, sweet thing - I think in the past he might have been an outdoors dog. Yet, he doesn't have a mean bone in his body. Training him, however is going to be tough but we'll get there.

As for the cat, we spent most of yesterday getting her out from under our rather heavy freakin' Tempurpedic bed, where she crawled to the back part of and stayed there. I couldn't stand it, under there with all the dust and stuff that got kicked under the bed, so we finally got her out by baiting her with some food and reaching in. Assimilating these two with her will be the hard part; she's had the run of the place for about 19 months and now we have to bring them together. He's a sweetie and would never attack her (or anything else), we're convinced - but getting them to get along is going to take some doing. It's all good though; the cat in her usual life is also unusually sweet, but another critter is a whole 'nother story.

Sweet baby. Corgi mixes ae a riot.
My best friend from college shared his secret to his huge financial success, "I fell out of the right vagina."