The Story of Dugena – Or What is a Poor Man’s Heuer?

The Story of Dugena – Or What is a Poor Man’s Heuer?

"“Poor Man’s Heuer” is a term often used in the vintage collector’s world. It refers to a sport or tool watch that was made in the 1960s and 1970s, with design or style cues from racing Heuer watches, but with another brand stamped on the dial. Whether it’s the bright colours to accent the dial and hands, the large oversize cases with radial-brushed finishes or racing car references, these were features originally used by Heuer, one of the most prolific chronograph manufacturers of the last century, which also produced watches under other names.

The concept of “Poor Man’s Heuer” originated in the online Heuer community as “a joke”, something to call a watch, that while not having been made by Heuer, has the look and feel of a vintage Heuer. And today, we’ll look at one of these watches, the Dugena Siffert Chronograph – which certainly has something to do with the Heuer Autavia." 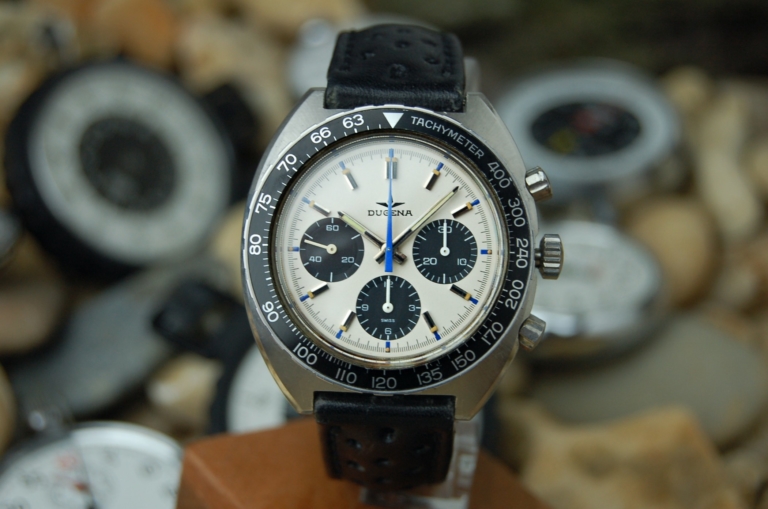 Re: The Story of Dugena – Or What is a Poor Man’s Heuer?