A place for members to share their interest in firearms, knives and deadly flashlights
Post Reply
13 posts • Page 1 of 1

Received this NIB from the Little Lady this Christmas and haven't seen it since. 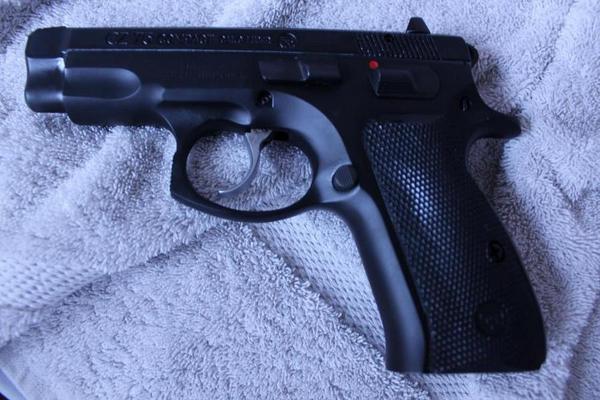 Am 110% sure where it ended up and am sure it's gone forever.

Something tells me she will be receiving a flathead Supercharger for her upcoming birthday, just saying.

Dang! Shouldn't you call the cops over a stolen gun??

Nah, the Mrs confiscated it & has it in her CCW purse.

Her and her girlfriend are going to the club today to send some rounds down range and since her regular carry pistol is sitting on the dresser......
Hope she enjoys this gift of mine, as I'm sure I will get alot of use out of her birthday gift.

CZ- Well Done. This one will send lots of hot rounds down range. 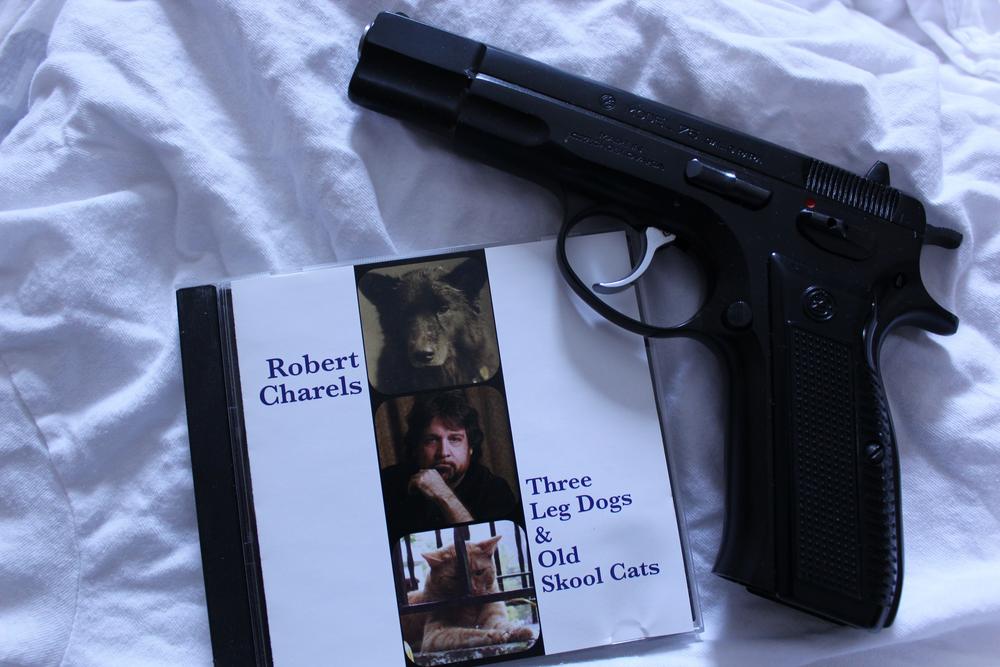 The Mrs. truly enjoyed shooting this ^ gun so I'm not surprised she gifted "me" the compact version.
Her EDC for the past decade has been a 2-1/2" Ruger SP-101 stoked with 357mag that she has tried to wear out.

And for the Lords that enjoy blues, check out this Robert Charels guy from the big apple. Dude has talent with a capital T.

I've got the hammerless SP101 I like to carry with me when hiking and whatnot.

Practice makes perfect. Hope she enjoys the hell out of your new pistol.
My best friend from college shared his secret to his huge financial success, "I fell out of the right vagina."

Mark1 wrote:I've got the hammerless SP101 I like to carry with me when hiking and whatnot.

Awesome firearm! I usually carry one with .38 shot loads while hunting in snake country.
With you hiking in and around cat/bear country, perhaps a 44mag or 454 Casull is in order.......just saying.

biglove wrote:Hope she enjoys the hell out of your new pistol.

Knock me down with a feather, cod. Thanks a bunch!
"Funny how things that start spontaneously end that way. Eat a peach." - Neil Young

Dunno how big CZ Uhersky Brod (not to be confused with Česka Zbrojovka Brno, the company behind the ZKR revolver) is in the US... In continental Europe, it's very popular, as they're fairly inexpensive (compared to the German, Austrian, American and Italian competition) and reliable (so I've heard).
As a non-shooter, I can only deliver an opinion on aesthetics - it's one of the best-looking (if not the best-looking) service pistols designed in Eastern Europe (maybe save for the rara avis, the 1930s Polish VIS).

Off-topic, I still remember some theory from a few years ago, but my shooting hobby didn't go beyond killing empty beer cans with an air rifle -'my biggest achievement was shooting down a wine cork from 30m, with iron sights only. Pretty pathetic, my skills. I know. And they won't get better. If I was to go into any arms-related hobby, it'd be learning the Polish sabre or the medieval European longsword, both of which make the katana look like a primitive savage. Of firearms... Black powder shooting, maybe. But with so many watch plans for the budget, this will have to wait a few years.

TemerityB wrote:Knock me down with a feather, cod. Thanks a bunch!

MKTheVintageBloke wrote:Dunno how big CZ Uhersky Brod (not to be confused with Česka Zbrojovka Brno, the company behind the ZKR revolver) is in the US... In continental Europe, it's very popular, as they're fairly inexpensive (compared to the German, Austrian, American and Italian competition) and reliable (so I've heard).

In semi-automatic, most here in the States typically shoot Smith & Wesson, SigSauer, Glock, Springfield Armory, Colt etc. Those here that know about these Czech made weapons are true fans of the platform.
First purchase was in Italy, and had to submit & re-submit importation paperwork over & over before the two were allowed by BATF to be brought in (was a 2-1/2 year ordeal). Upon entry, I promptly sold one of them to a sibling.
I cannot confirm nor deny the third one was purchased in Chile

, no restrictions with the host country, just not allowed to be brought onboard the aircraft carrier......... or smuggled into the states. Said smuggling was much easier when you flew aircraft for a living (so I'm told).............that pistol went to a different brother of mine.

The fourth is the compact one shown at the top which "I" received as a gift. Am sure this one was gifted because how nice it fits in a purse IWB holster.