Just picked this one up: 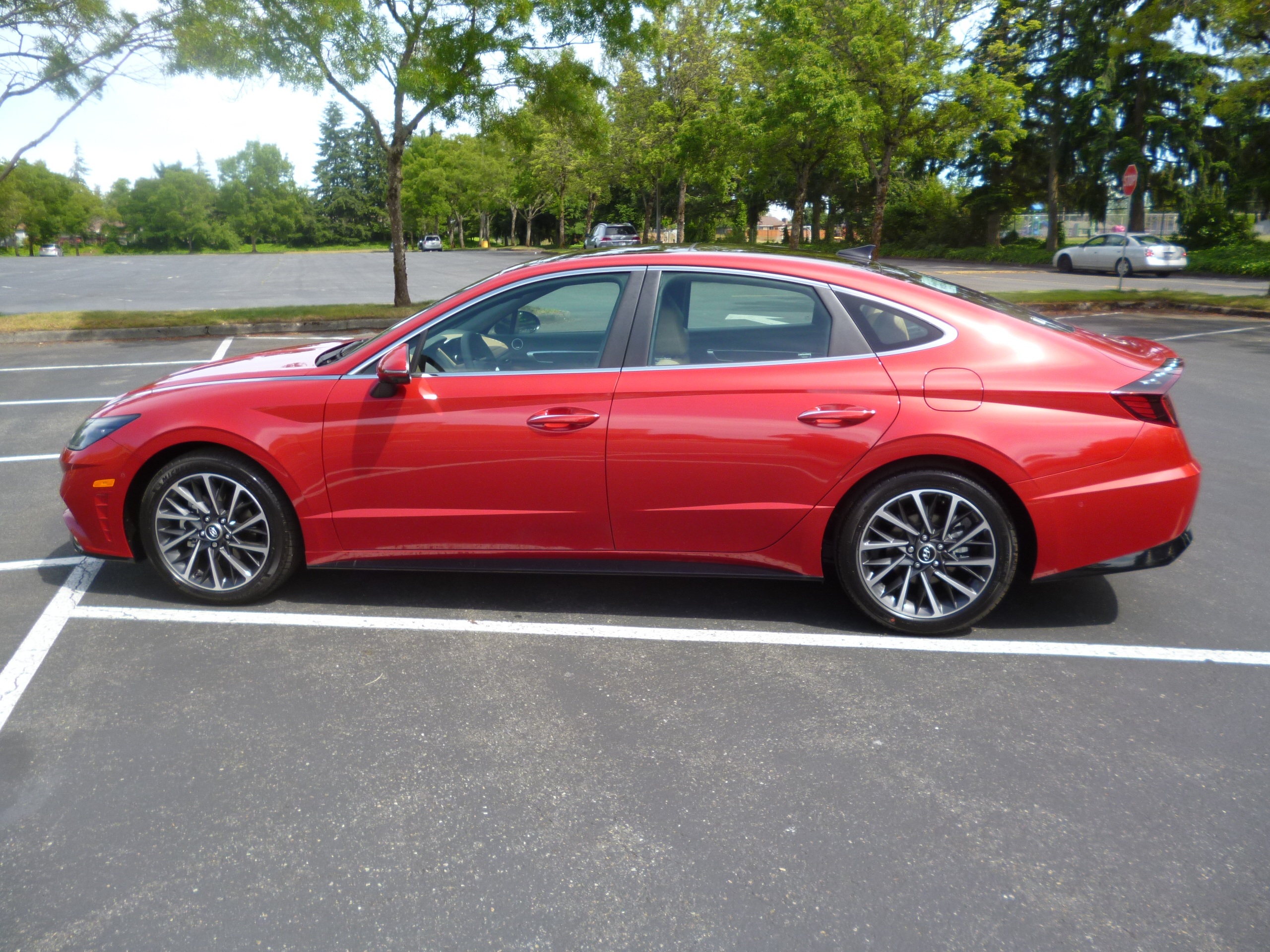 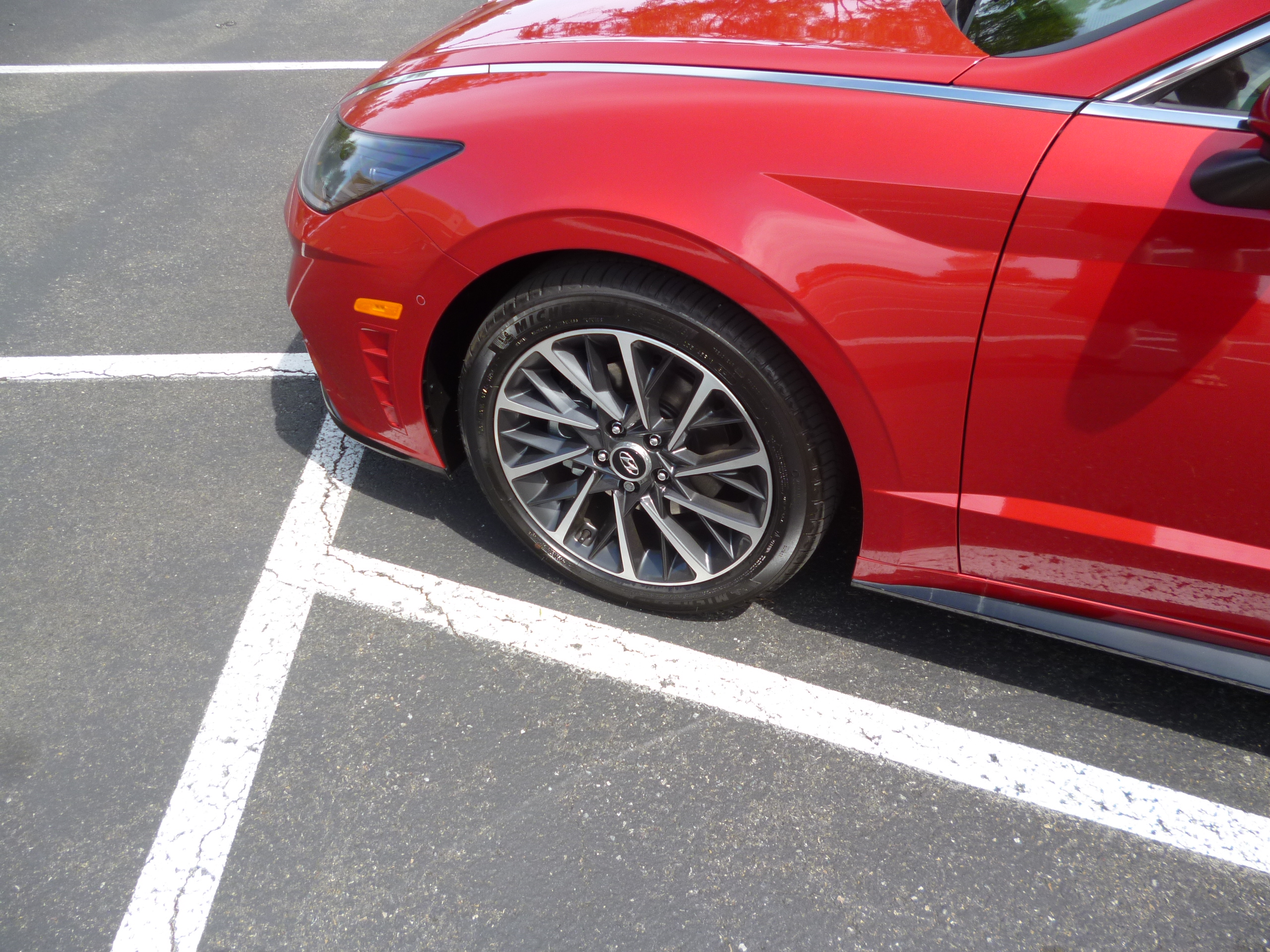 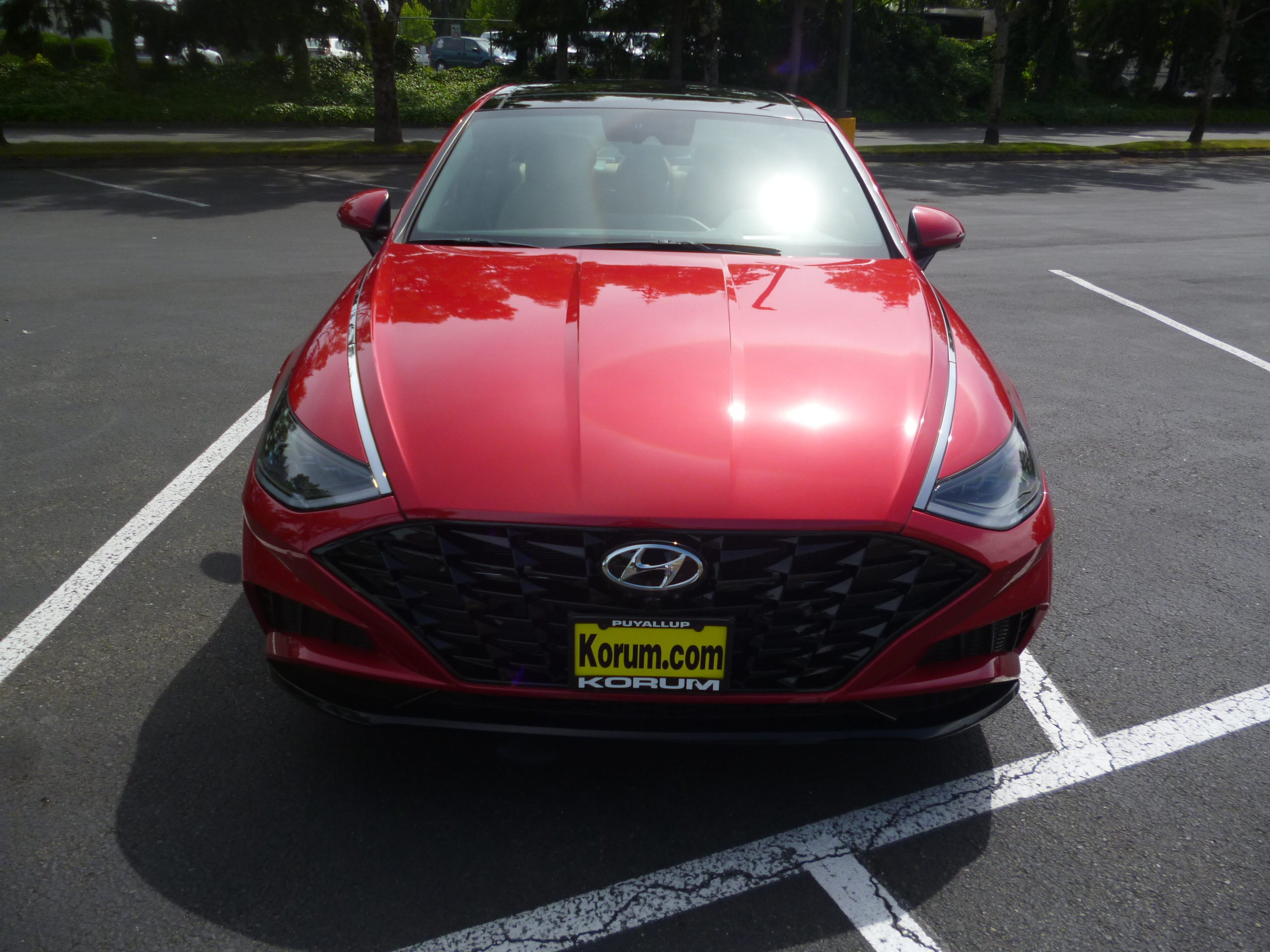 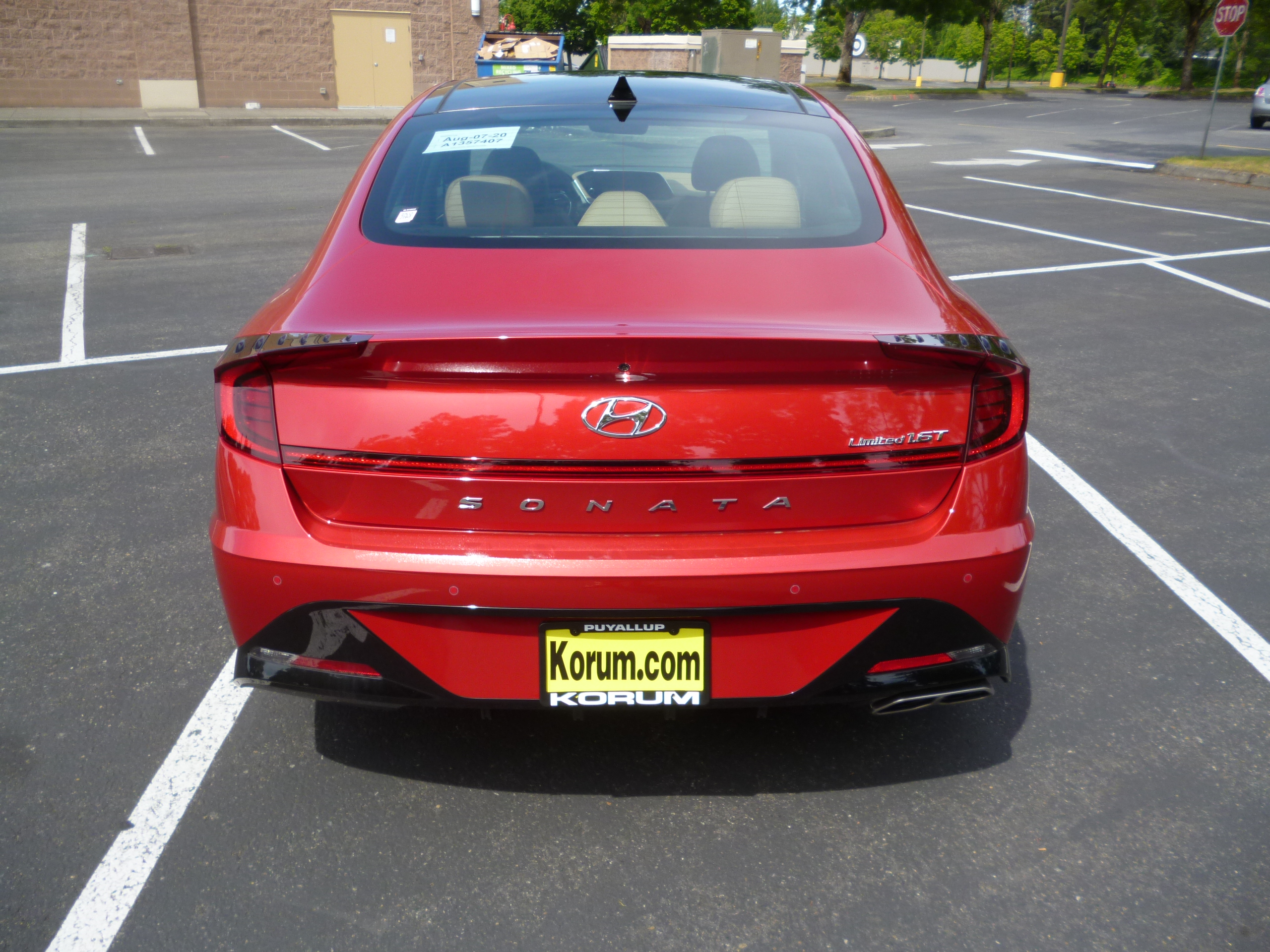 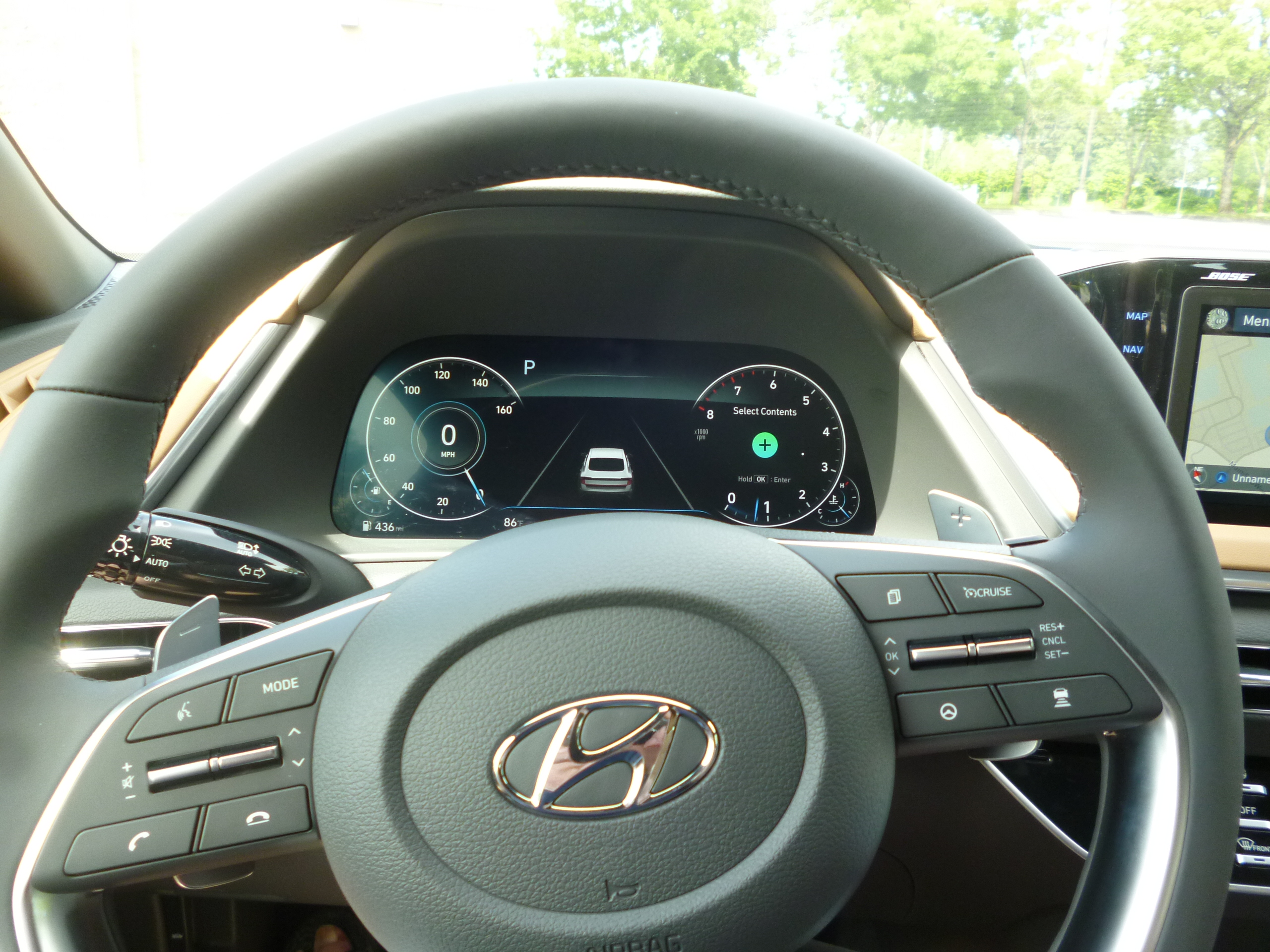 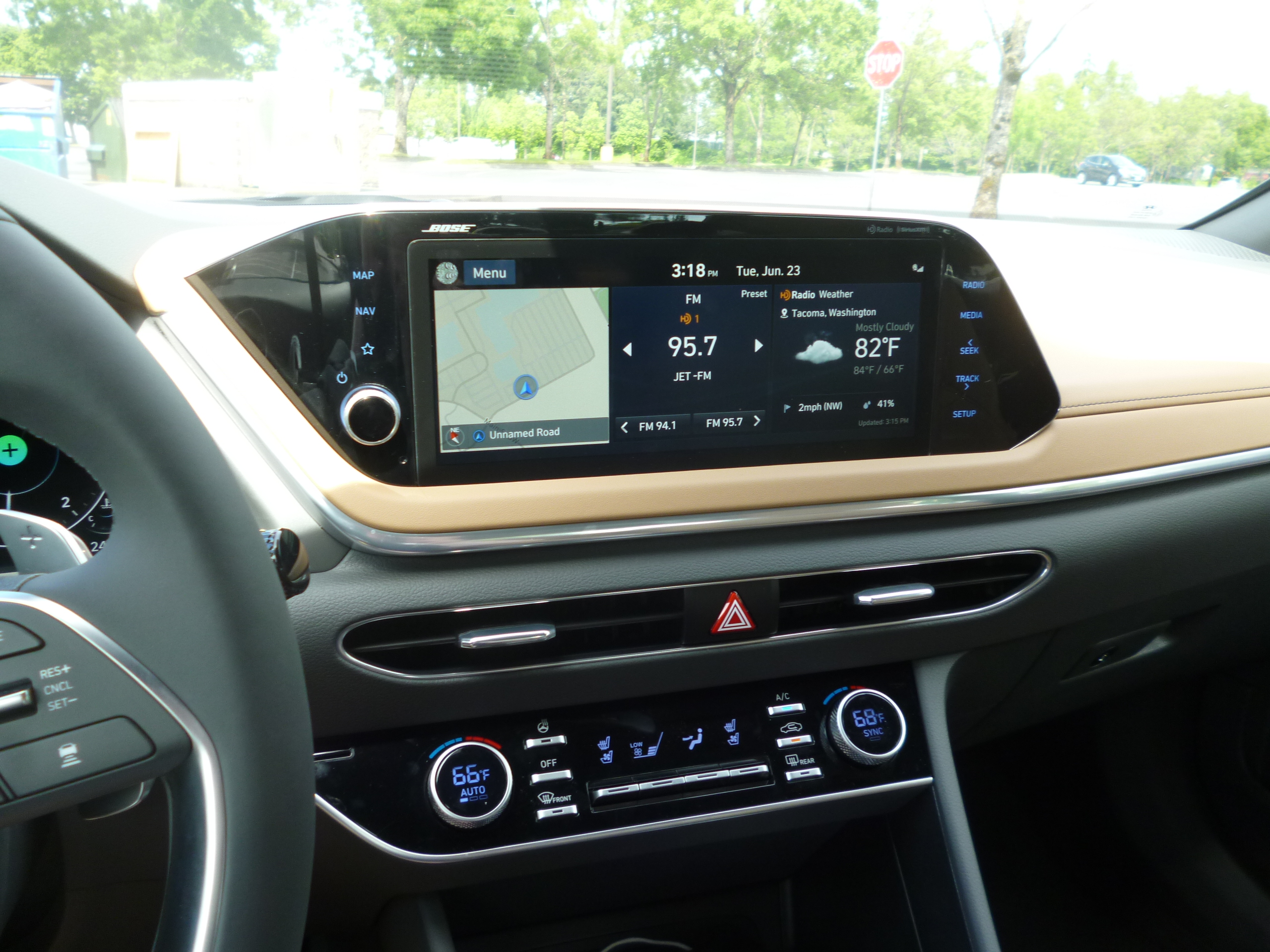 Why did I buy it? Because it makes me feel so fucking good.

That thing is hot. Not a bad angle coming or going. Congrats. 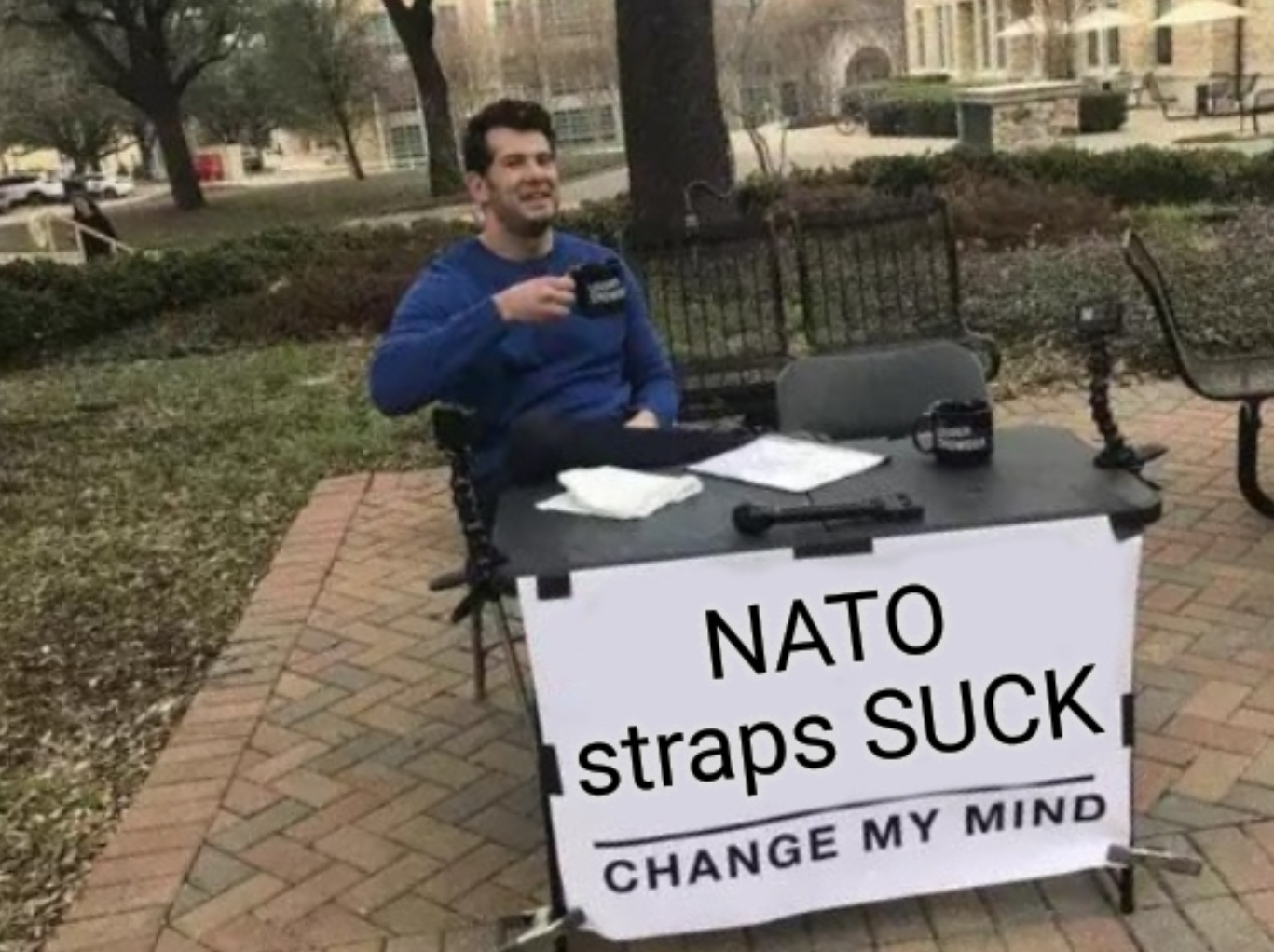 That's a great looking driver right there, all right.

Made here in Alabama.

Nice Hoonday. We have two now and had two others.

Love the new Sonata. Good for you.
Randy in Nashville

Good for you John. Congratulations.

Interestingly, I was looking for an N-Line Elantra GT, but the last one on the West Coast that was optioned the way I wanted it sold during the lockdown by some jagoff.

The Sonata is the Limited trim, that comes with pretty much everything. It's surprisingly spritely, with a 180bhp 1.6 liter four with turbo that cuts in at 1500 RPM and supplies 195 torques, so, realistically, it's as fast as my old Elantra GT. It's remarkably spacious for a mid-sized car, with heated and ventilated seats, digital dash, double laminated front glass (to cut down on wind noise) and LED ambient lighting in the cabin, which I probably won't see for a few months, due to the long NW summer.

It's also got an absurdly fast opening panoramic sunroof, and leather that will nurse my fat ass. Apparently, Hyundai stole the top designer from Audi, and while this car will never win any street races, it feels very Audi-esque inside and out. The doors close with a nice German thunk, and the wheels are shod with pretty good Michelin rubber. It's even got an LED heads-up display, so I can feel like a naval aviator when speeding down to the next GTG in Longview.

It's a lot more car than I need, but I have so far survived COVID, and I figure I deserve it.

Nicely done and yes, KIa/Hyundai had the benefit of an Audi designer. Hope you have as good a luck with it as we had with our Kias. Very good cars and great warranty if you ever need it.
NRPI here.

The Sonata is the Limited trim, that comes with pretty much everything.

Had to view the model on line (some pics including my own do not appear for me on this site, which is strange cuz I'm able to view majority of the WURW posts).

Good choice. Looks fast just sitting there! I also like that chrome trim that follows the hood line - very sharp.
"Who are you?" "I am the new Number Two." "Who is Number One?" "You are Number Six."

NICE!
Before you criticize a man, walk a mile in his shoes. That way you'll be a mile away and you'll have his shoes.

It does have some fine lines!!..congrats!!..

Nice auto. Several of our employees have them as does one of my grandsons. Daughter loves her Genesis which is a Hyundai

Have owned a Hyundai Santa Fe. Thing was terrifyingly fast with a powerful V6 in a small SUV. I think Kia and Hyundai make some of the best autos on the road these days.

This Sonata is sexy, Conj. Drive it like you stole it!
My best friend from college shared his secret to his huge financial success, "I fell out of the right vagina."

PS... get the windows tinted. It will look even better.
Randy in Nashville

Well done, Mr C. Box fresh, I just bought a car about the same color, and all the modern bells and whistles the kids enjoy. Good on ya.

I recently dumped my last Ford EVER for a Subaru Impreza, which runs like a top and as boring as fuck - but it runs like a top. Hope your new wheels do the same for you.

Alas, adding to 2020 becoming the Worst Year In the History of Man, I was driving the car home from work last night and, out of nowhere, the check engine light came on, and the front end started juddering like the ABS brakes had somehow locked. This was about a mile and a half from home, and I was able to nurse the stricken Sonata to my house, where I placed a not very pleasant phone call to Korum Hyundai.

They told me to come in at once, leaving the car at home (Mrs. C drove me) and I took home the exact some model and trim, on in Hampton Gray instead of Calypso Red; they sent guys to my house this morning to take in the ailing car. I found out a little later in the day that there was a software update that somebody had failed to install, which caused the distress.

Needless to say, I concluded that this was bullshit. I'm keeping the gray Sonata, which has a nicer looking interior anyway. This car seems to be driving great (you can be sure that I pushed the shit out it today to and from work).

I'll shoot some pics and sew Fourth when I get the chance.

Sounds like some damn fine CS. Try that with your local Chevrolet dealer.
My best friend from college shared his secret to his huge financial success, "I fell out of the right vagina."

Indeed, despite this Invicter-like CS, I haven't owned an American brand for at least 18 years. I've owned five Hyundais now, and up until yesterday, I've never had a major problem. My first Sonata had the cruise control break, which the dealer fixed, under warranty, in under two hours. Apart from that, I've had several minor recalls, all fixed by the dealer when I took the car in for regular maintenance. My last car, a 2016 Elantra GT (manufactured in South Korea) had no recalls or issues whatsoever.

I took the plunge with the new Sonata because A) the design gave me a boner, and B) it was manufactured in the Hyundai plant in Alabama, and I thought it a good time to buy American, especially since so many so-called American brands were manufactured either in Mexico or someplace else.

Interestingly, even with it's somewhat low HP, with it's fairly large torque, it accelerates like a skinned-ass rabbit, at least up to somewhat normal highway speeds. It's been measured at about 0-60 in the low seven seconds, which is about the same as my old GT, which was a seriously quick hatch for it's time, even though it was considerably smaller. It's never going to smoke a hot-rod, but it's so fucking comfortable that I don't care. It's not designed for that. It also has an absurdly wide suite of safety features, to the point it will almost drive itself, with lane-keep assist and adaptive cruise control, like a Tesla. It also has rear collision avoidance, which keeps you from getting T-boned from backing out of a tight space in a mall, when surrounded by giant-assed SUVs.

But, for me, the main thing is that it's fun to drive. I simply can't spend the rest of my life behind the wheel of an SUV or a pickup. I enjoy having my ass close to the pavement. I love wasting gasoline and putting my foot into it (fun fact, at the end of every drive the digital dash displays your last drive, including miles driven, MPH, and time spent), and my drive home today, which was mostly highway, and where the Sonata is rated at 36 MPG, I made only 28.5 MPG.

That made me feel so fucking good.
Post Reply
31 posts