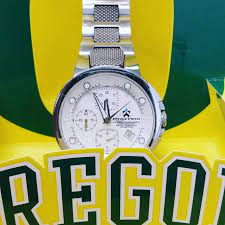 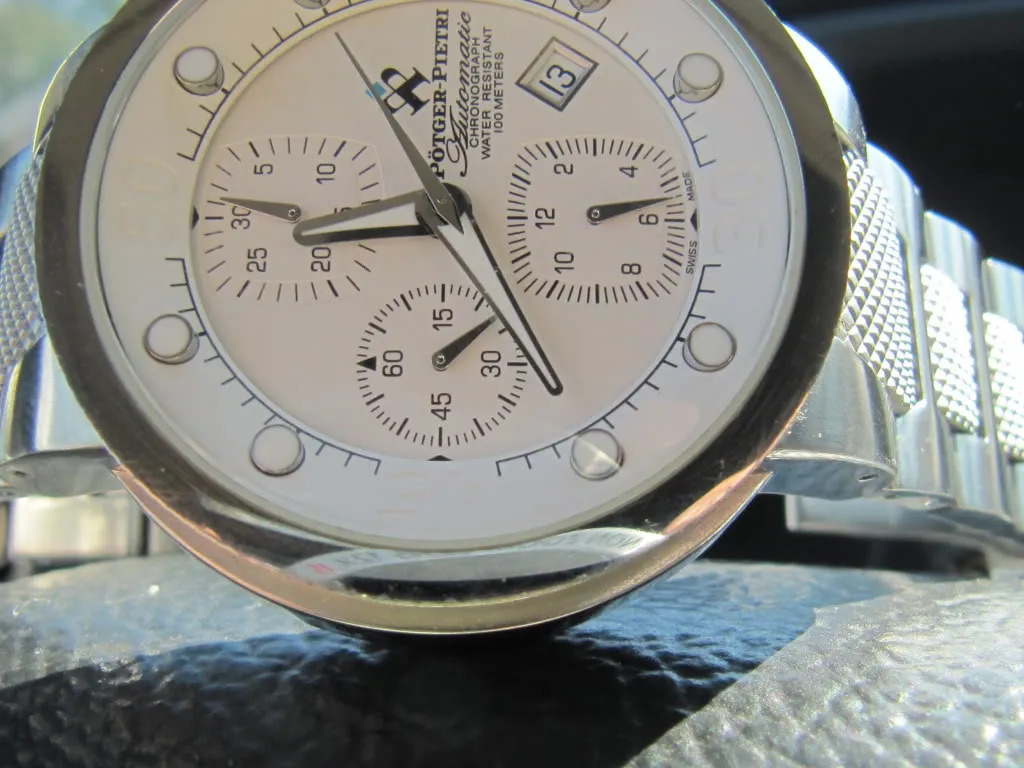 I purchased the above watch from a member here to prevent lemmings from the old watchgeeks forum from purchasing it. I think it has been worn a handful of times since 2011 -2012

Having survived one of Italy’s strongest earthquakes, Pötger-Pietri was just getting warmed up. The company bounced back after the disaster to build a reputation for tenacious survival and impeccable style.

The earth shook beneath their feet. Cars turned to worthless hunks of metal, buildings crumbled and city blocks were reduced to rubble, all in a matter of minutes. We can only imagine the devastation that ripped through Southern Italy’s Campano-Lucano Apennines on November 23, 1980. The region suffered an earthquake measuring 6.9 on the Richter scale and Joseph Pötger and Alessandro Pietri, who had been developing a stainless steel watch prototype just the night before, gaped in astonishment at the scene before them. All was in ruins. Not a thing survived of their watchmaking workshop.

Or so they thought.

After days of sifting through the rubble, Pötger and Pietri found something. Under eight stories’ worth of crushed concrete and buckled steel, something glittered. Glittered and…ticked. In fact, their new prototype was still keeping perfect time! The Swiss engineer and Italian designer must have seemed terribly out of place with their euphoric reaction amid so much destruction.

They no longer had a workshop, but they knew they had one hell of a watch.

Pötger-Pietri’s very first watch was named 6.9, after the magnitude of the quake that had put it through its trial of fire, and the piece was designed to take the same sort of punishment as its forebear. Nearly 30 years after that fateful earthquake, Pötger-Pietri is now owned by the Invicta Group, but continues to produce Swiss-made timepieces of indestructible tenacity and inimitable style.

The newest version of the 6.9 may not have undergone an earthquake, but has certainly experienced its equivalent in testing, having been pounded, shaken, twisted and strapped to various devices, coming back for more after every round. Its 42mm case is crafted in surgical-grade stainless steel. Powering the sturdy timepiece is a Valjoux 7750 automatic movement with date, small seconds, and chronograph complications.

Tritnite® luminescence coats the oversize hour markers on the expansive dial. Diamond-textured plates running down the middle of the stainless steel bracelet lend the timepiece a rugged look that evokes its survivor status.

The Alessandro series, though it has not outlasted any major earthquakes recently, is an impressive line powered by a 2A24 caliber Swiss ETA automatic movement with day and date complications. The AS-5 and AS-8 house their movements in elegant tonneaushaped cases with diameters of 40mm and 33mm, respectively. The AS-11 features a stepped round case, Breguet hands and a genuine leather strap. The hardy refinement of the Alessandro series, named for the brand’s Italian designer, mark them as true Pötger-Pietri creations.

Apparently they are still around.

And from Rusty way back when

Here is some copy from promotional materials found for one of its products, the EARTHQUAKE WATCH.

"To say the history of Potger-Pietri began with a shaky start would be an understatement. After all, the prototpe for our very first watch never actually made it to testing. It did go through hell.On November 23, 1980, the Irpinia earthquake shocked the Campano-Lucano Apennines in Southern Italy. It decimated the area in a matter of minutes (6.9 on the Richter scale will do that). Cars were crushed and buildings collapsed, including one where Joseph Potger and Allessandro Pietri were constructing a new stainless steel watch the night before.

Days later, while sifting through the rubble, the Swiss engineer and Italian designer found the prototype pnned beneath eight stories of crumbled concrete and twisted steel. It was in near-flawless condition and still keeping perfect time. For two men standing the middle of complete devastation, they were euphoric.

They no longer had a workshop. But they did have one extremeely tough watch on their hands.

And so Potger-Pietri was born, and our very first production watch, christened the 6.9, was designed to withstand the same kind of punishment as the the watch it was named for. Nearly twenty-five
years later, we're still making watches like the 6.9 and the new Seismic Series that will not only stand the test of time, but anything this planet can dish out."

And despite all the lalo denials, WL once again proved the lies.

Wow, a blast from the past. You know, there have been a few times when I have to hand it to the Lalo. The Potger Pietri yarn is a good one.

And I can't even remember the B.S. yarn about S.Coifman. Lalo will claim anything, even magic Chinese MOP.
"Funny how things that start spontaneously end that way. Eat a peach." - Neil Young

With all that yarn the schuntsa should be making sweaters.
^^^Copyright

Indices and deep chapter ring look right off an N.O.A.

That watch is in a travel bag in the attic somewhere I think. I could join wit and sell it for full msrp.

I believe that earthquake claim was debunked.
You can NEVER trusted anything spewed by the IWG.
Sorry to pee on your parade.

Not only claims made in selling the things but markings on the dial and case back also are aspirational in nature. Country of origin, water resistance and anything else stated or implied.

That watch is in a travel bag in the attic somewhere I think. I could join wit and sell it for full msrp.

Oh, I dare you! I fucking double-dare you, Alain!

Probably in the minority here, but I always kinda liked that one. The watch, not the BS. Especially the white dial.
Randy in Nashville

And that bullshit story the lalo came up with is still up there. Granny and her Russian diver ( he probably just used her for a quickie) and the "whole lot of shaking going on!" earthquake watch. Legendary stories by shills that permeate this hobby. Right up there with Doxa Dick and the orange dial.

boscoe wrote: ↑
April 14th 2020, 6:21am
I believe that earthquake claim was debunked.
You can NEVER trusted anything spewed by the IWG.
Sorry to pee on your parade.

And in 2008 it I wrote about it at geeks and BDWF resulting in my being banned at geeks and given a stern warning at bdwf to which I told Randy to kiss my ass. 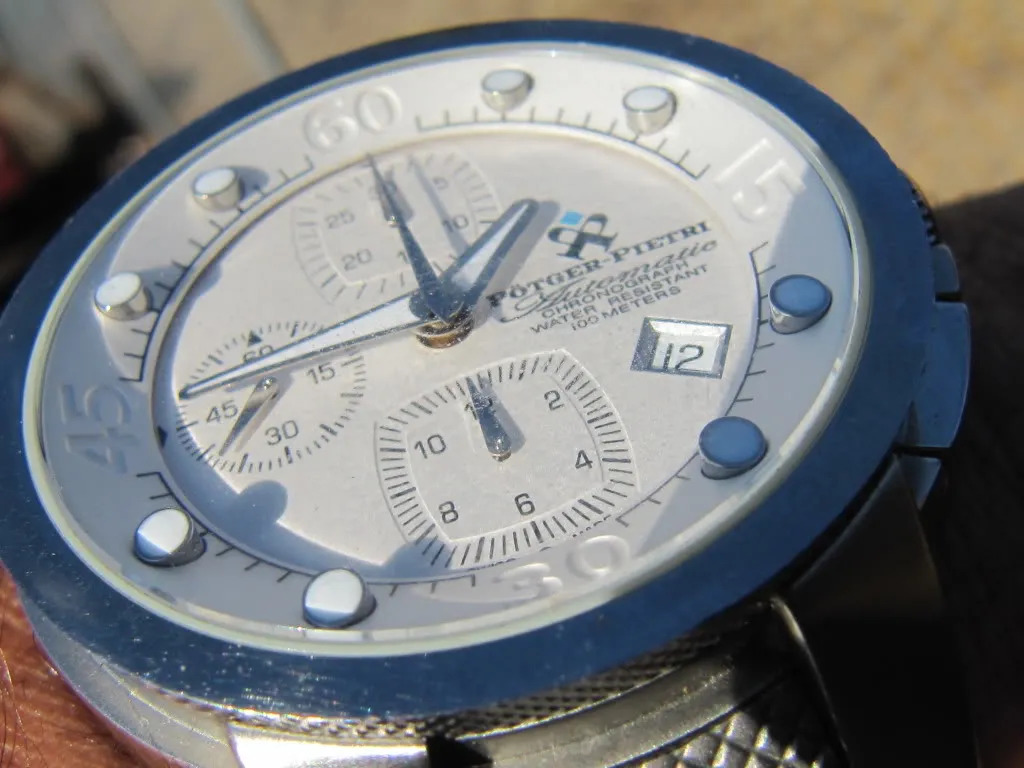 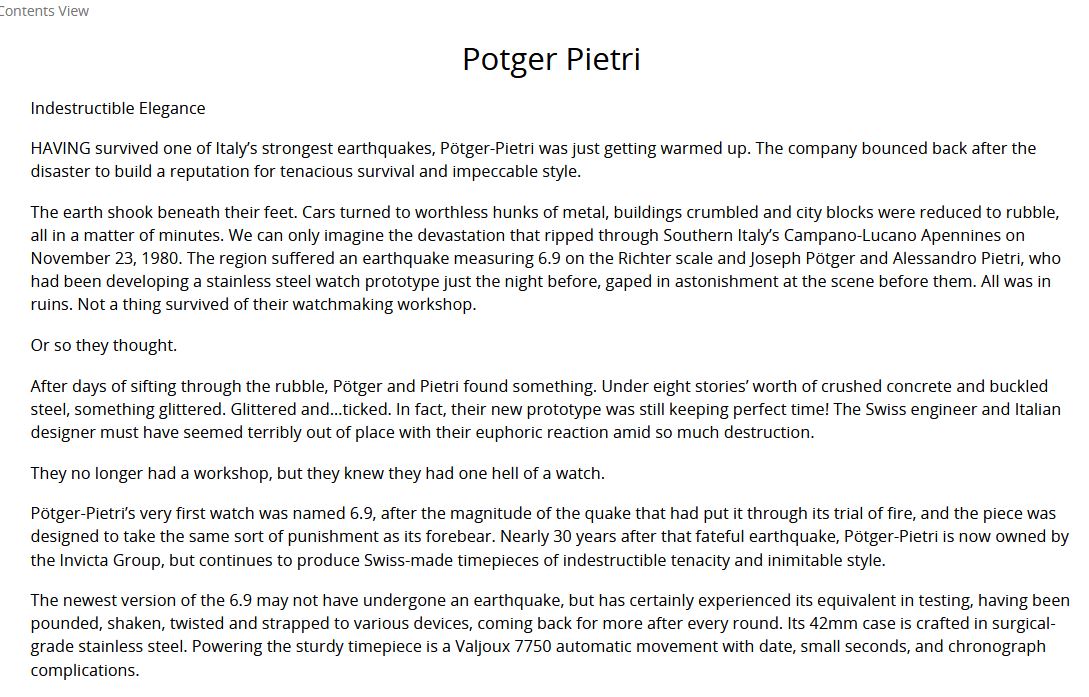