Glycine: A history of fine watchmaking 2019

Damn. Shoulda bid more on the one in the action.
"Funny how things that start spontaneously end that way. Eat a peach." - Neil Young

Glycines give me a boner!

In-Depth: The History of the Glycine Airman

The reputation of some brands are built upon a single timepiece. Gallet had the Flight Officer, Doxa had the Sub300T, and Glycine? Glycine had the Airman.

Founded in 1914 by Eugene Meylan, Glycine was initially famous for making small movements for ladies watches but branched out into producing self-winding and chronometer rated watches in the 1930s. In 1943, Charles Hertig Sr. bought Glycine and it would be under his tenure that Glycine would create their defining watch, the Airman.

The Airman was born out of professional need.

In 1953, Samuel W. Glur, a sales director for Montres Altus S.A., was on-board a Thai Airways flight from Bangkok to Calcutta (now Kolkata). This was a different time and Samuel was able to make his way into the cockpit to strike up a conversation with the Captain about his wristwatch needs. The idea of designing a watch specifically for aviation use was still in its infancy in 1953, even though aviation was now 40 odd years old. The Cartier that Santos DuMont wore on his first flight was practically identical to other dress watches of the era and the watches that pilot's had worn during World War II might have been larger and more legible, but they were hardly specialized tools. The Breitling Navitimer, released in 1952, was a technical marvel which allowed pilots to make quick calculations thanks to its rotating slide rule bezel, but only one timezone could be read at one time. In an age of propeller driven planes, that was fine but the jet age was soaring into view. Planes were flying faster and further than ever before and pilots needed a tool to help them.

Based on that 80+ page walk through brand history, Glycine has many vintage Airman models to re-introduce in this era of watch collectors wanting to go back to the future. 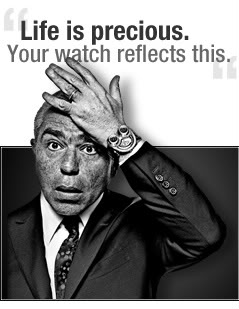 History be dammed; they’re dead to me now.

Never did like these - and there has been some post IWG acquisition problems with the SW 200's - the Selita issue's addressed here:

foghorn wrote: ↑
May 23rd 2019, 6:02am
If you get far enough you'll see that Glycine had a few garish designs long before Invicat bailed them out.

I posted that link at the glycine group I just left and told to fuck themselves. Mod removed it as spam. Needless to say I told the fuck themselves and it was not spam.I think I am going to delete the FB account despite it being tied to the forum. Fuck the idiots there. I imagine that is what watchcrunhies is like.