Citizen is one of the leading manufacturers of light-powered quartz watches. Its Eco-Drive system was revolutionary when it debuted in 1995 – for the first time, solar powered watches had been made in which the solar cells could be hidden behind the dial, and thus be virtually invisible. The advantages are obvious: a watch whose design aesthetics and legibility aren't compromised, that doesn't have a battery to go flat. One of the most practical uses of such a system is in tool watches, and with the introduction of the Eco-Drive Professional Diver 1,000M, Citizen's made a light-powered dive watch with the most extreme depth rating yet.

Water pressure at 1,000 meters is extreme. The worst peacetime submarine disaster in U.S. naval history, the loss of the nuclear attack submarine Thresher, occurred at about 700 meters, when the submarine's pressure hull failed during an uncontrolled descent. The submarine's hull imploded in less than a tenth of a second. 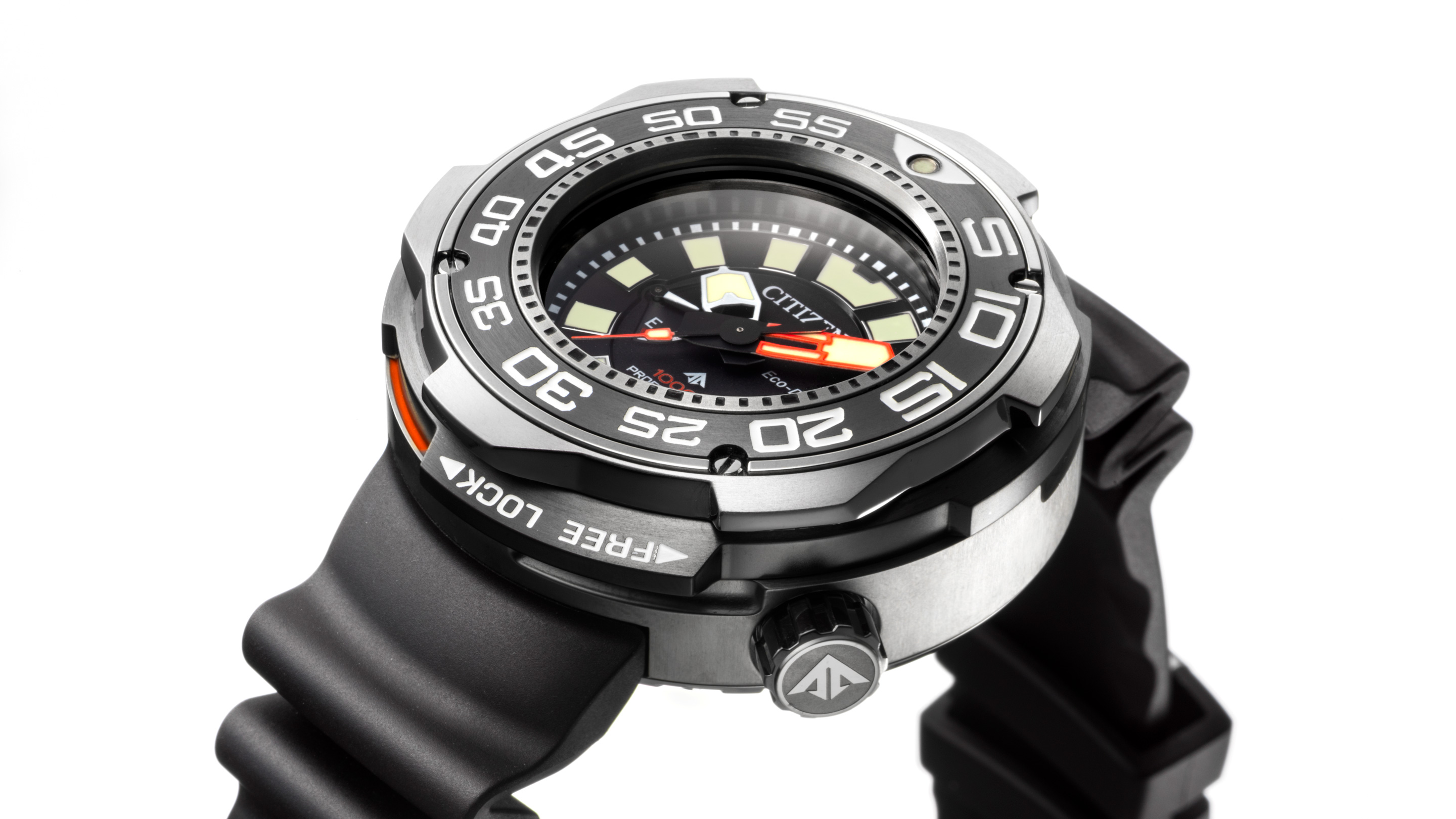 It will look awesome in artistic forum photos and strapped to the outside of a wetsuit. At the local after work? Not so much.
Copyright Reclinervision 2020 Productions. All rights reserved.

LOL. That's a lot of watch in which to house a basic eco-drive.
Meritocracy: the privilege, wealth and advancement of those who chose their parents wisely.

bedlam wrote:LOL. That's a lot of watch in which to house a basic eco-drive.

The actual water resistance is probably WAY deeper than 1,000 m. But it gets too expensive to test each watch to 2,000 or 3,000 m, and too silly to print such depths on the dial.

Cripes. I chose and I'm sticking with the BN0000-04H, because of all the divers Citien makes, it fits my wrist like a glove. This thing looks like It'd give ya carpal tunnel.
WatchGeeks will go down in watch forum history as the worst watch related site that existed. Trolls, threats, bannings, and owners and sponsors talking out of their collective asses to fleece people out of hard earned money. - Koimaster
Post Reply
6 posts • Page 1 of 1