31E2D54B-A91C-499D-BB97-13908FEC8E0B.jpeg
British super-spy James Bond is known for wearing both Rolexes and Omegas in his long series of cinematic adventures, but one of the most famous and fondly remembered timepieces in the Bond film canon comes from Breitling. In 1965’s Thunderball, Bond uses a Breitling Top Time model equipped with a Geiger counter to track down a cadre of stolen nuclear missiles hidden underwater. Today, following up its other recent, successful re-editions of historical favorites like the Navitimer Ref. 806 1959 and AVI Ref. 765 1953 Re-Edition, Breitling has announced the release of the Top Time Limited Edition — and no, it doesn’t have a Geiger counter, but it will appeal to most anyone seeking to emulate that distinctive 1960s Bond style.

https://www.watchtime.com/watch-to-watc ... d-edition/
You do not have the required permissions to view the files attached to this post.

Well, no geiger counter is a deal breaker.
NRPI here.

Wow, that's a cool looking watch. I remember it from the movie.

I suppose you'd remember the fact that it was a Breitling Top Time, but the author of that article really makes a bit of a long shot with claiming similarities between that new Top Time LE and the watch in the film. The Breitling in Thunderball looked like this: 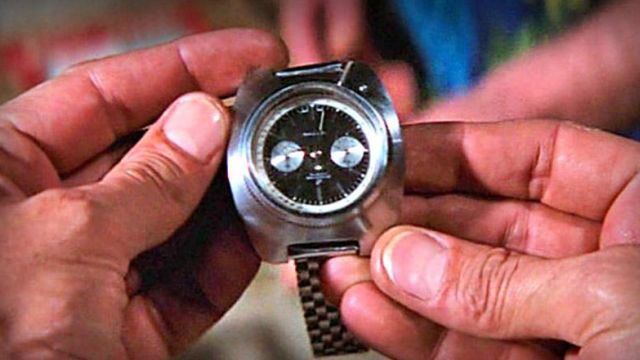 There was also another Breitling featured in that film, but it was a Navitimer: 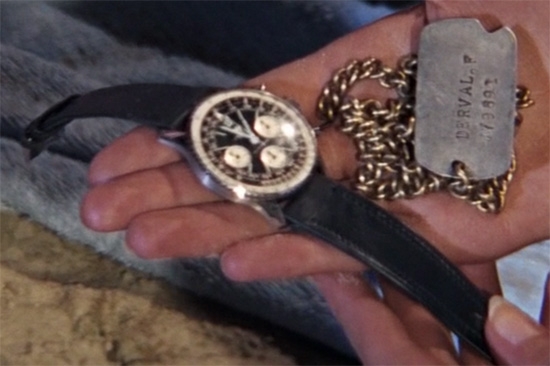 ...a mid-1960s ref.806, with the abstract "plane" logo (not the older AOPA wings) and small subdials. Featuring that watch made me laugh a bit - Bond takes it off the wrist of the dead impostor in the sunk Avro Vulcan, and on land, the watch looks OK. Normally, it would have had condensation and a shitload of salt residue, as the Navitimer was barely splashproof, and wouldn't withstand that much of a submersion without leaking like a sieve.
I always hope for the best. Experience, unfortunately, has taught me to expect the worst.
Elim Garak, Star Trek: Deep Space Nine

I stand corrected; I should have said I remember a watch being used as a geiger counter.

The movie watch was found at a flea market and bought for next to nothing, then ends up at Christies where it fetched over $160k.