Wonder if Chuck is still active at WIT? Didn't they give him his own subforum to moderate?
"Old age and treachery will always beat youth and exuberance"

JAS1125 wrote:Wonder if Chuck is still active at WIT? Didn't they give him his own subforum to moderate?

If he is, he'd fighting it out with jingles as to who is the biggest cunt.

IIRC, Charles Ninetoes washed up at WIT not too long after the implosion of WGs, one of the survivors of the shipwreck of that Ship of Fools. I think he was a moderator there for a short time (which is a little like me getting appointed as Ambassador to the UN), but something, as usual, went horribly wrong, and Chuck disappeared from the site. Perhaps Roadwarrior posted a meme of a fir tree or something that Chuck interpreted as a personal insult--it's pretty impossible to figure out what could set Chuck off--or perhaps he got pissed off that somebody might have said something unkind about wartchs bought from Precision Time kiosks in down-at-the-heels malls. At any rate, exit Ninetoes. I remember seeing a few posts from the WIT-less wondering where Chuck had gone; naturally, the same week Urine had some Invicter or Android that was a TTV, and the Geek-lites had something else to talk about. They quickly forgot their casualties, and Ninetoes and his tenure there faded away.

I haven't seen him land anywhere else, so Charles Ninetoes lives on only in our memories.

Bump because conjurer made me do it.
To disarm the people is the best and most effective way to enslave them. George Mason

At least now I understand what you guys mean about the deep end of the pool. The former geeks pussies for lack of a better term. 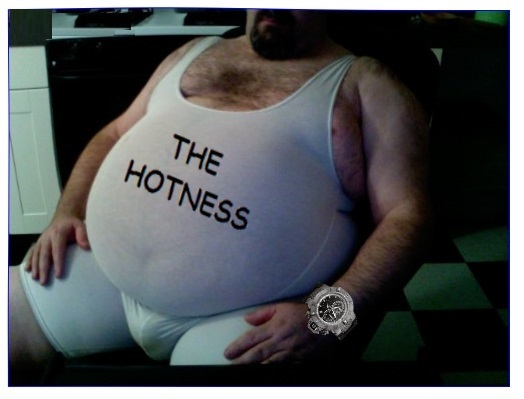 Interesting to read this old thread. It's nice to see the old posts of Horse Feathers, Tz, Big Cheez, foghorn, and others. I wish they were all still with us.
See you're WRONG I don't work at all, I'm a Democrat. The immortal Horse Feathers as spoken to Chucky Ninetoes.

But seeing some of Horse Feathers comments (a reference of his, was stolen for the sentence above) makes me appreciate that much more our collective loss of not have it his brilliantly smart ass posting with us today.
”Russian Warship - Go Fuck Yourself!”