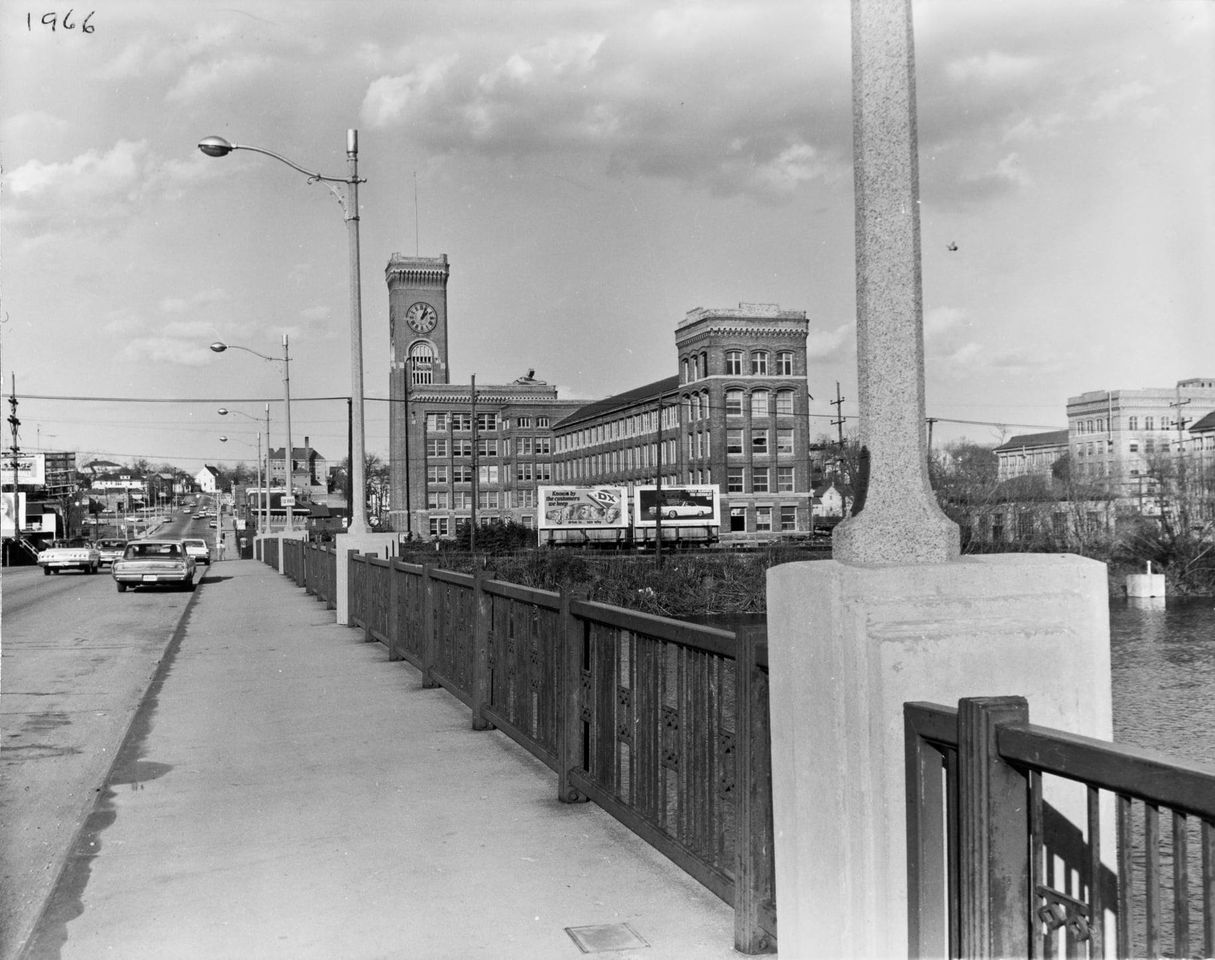 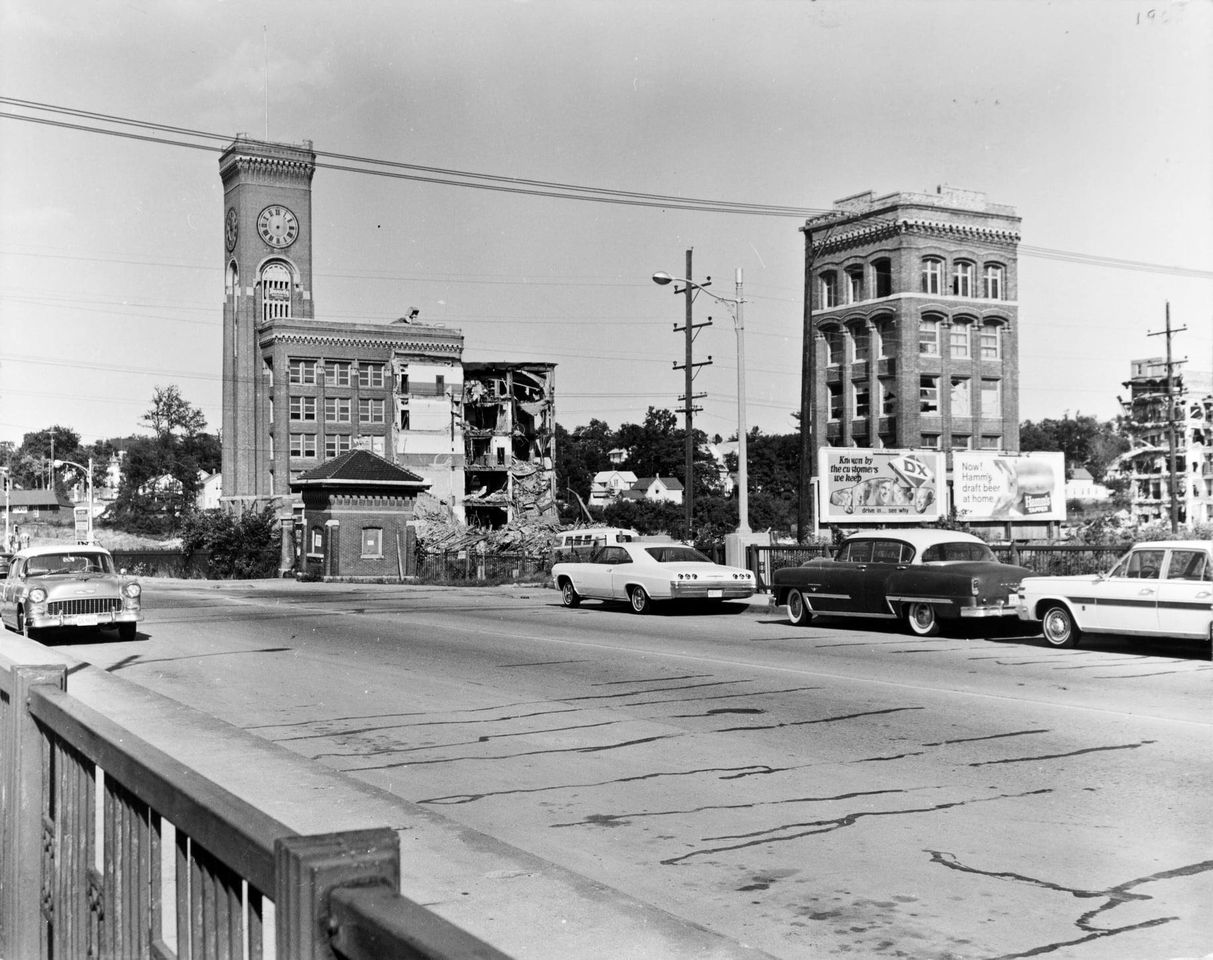 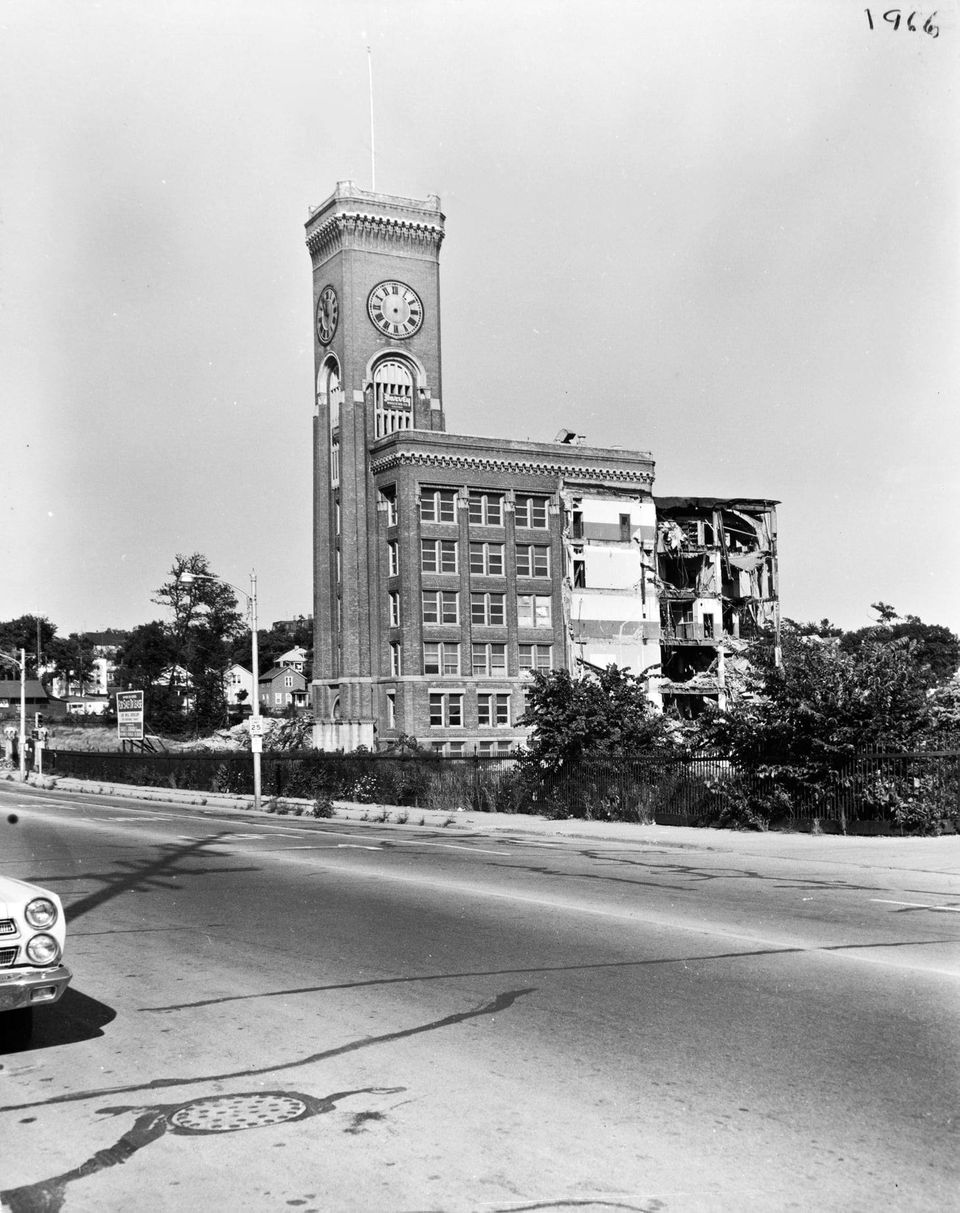 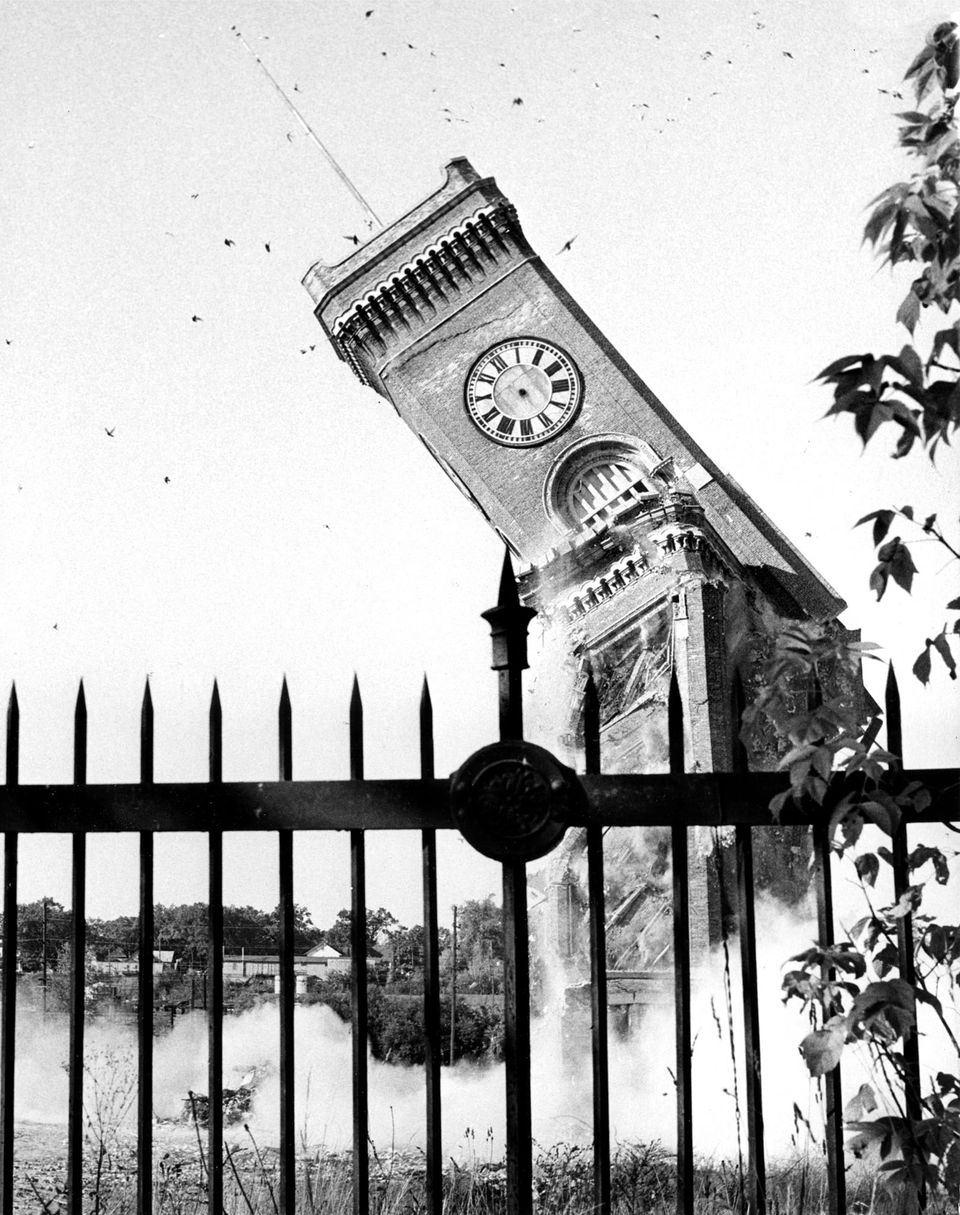 Years ago, when I first saw the images of the clock tower coming down, I superimposed that image over a shot of one of my Elgins….

And the result is, as you might expect, a sad and depressing image.

Elgin made a great watch. My grandfather's 'Shockmaster,' c 1954, with AIR. a Swiss Import cal. 643 movement (possibly a 645), still runs like a top and has only been serviced three times over the years - twice by gramps and once by me. She's all original and looks as good as the day my grandmother bought it for him.

In those days, the use of the more economical imported Swiss movements was looked down upon and Elgin made much in their advertising about how they had brought the imports "up to Elgin standards". The A. Schild ebauches did indeed have some parts unique to Elgin, and the robust way the movement in my watch still runs to this day is a testament to the actual quality and durability of the early Swiss movements imported to help control manufacturing costs in the face of stiffening US and foreign competition. 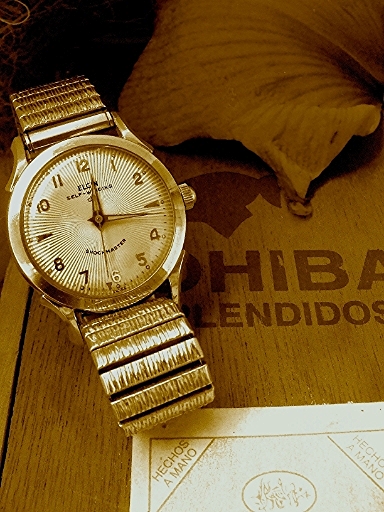 In addition to the two automatic bumper movements that Elgin made, cals. 607 and 618, they started making automatic movements called Durabalance with the introduction of cals. 760 and 761 in 1960 that featured free-sprung balances, a highly innovative design for the times. Along with the free-sprung design's two predecessors, Elgin holds the distinction of manufacturing the only automatic movements ever made in the USA.

Elgin hoped the new in-house movements would revive steadily dropping sales, but five years after the introduction of the 760 and 761, the one time number one producer of watches in the world, succumbed to the cheaper lines of Swiss imports, and to their lower priced American rival, Timex, and closed up shop in 1965. Elgin's corporate offices and manufacturing facility was later unceremoniously demolished as pictured above in 1966, and the Swiss invasion was on, ultimately claiming another American legend, Hamilton, for its own.

Who would have ever believed that a $13, 150* Rolex Daytona in steel would be selling for $34,000 on the secondary market? Hell, it's happening right before my very eyes and I can hardly believe it myself.