On November 16th, 1973, a Saturn 1B rocket lifted off from NASA’s Launch Complex 39B at Kennedy Space Center, heading to the Skylab orbital workshop. Onboard the launch vehicle’s Command and Service Module were Commander Gerald P. “Jerry” Carr, Pilot William Pogue, and Science Pilot Edward Gibson. Not a single crewmember of Skylab 4 had ever been to space before, making it the first all-rookie crew since Gemini 8 in 1966.

The mission’s primary objective was to study the effects of long-duration spaceflight on the human body. The crew would perform Earth and solar observations with a host of new instrumentation developed by NASA. Skylab was America’s first space station and a test bed for the future International Space Station. By the end of the mission—after 84 days, 1 hour, and nearly 16 minutes in space—the crew had carried out 56 official experiments and 26 science demonstrations.

But Carr apparently carried out one additional experiment—and it remained unknown until he mentioned it in passing during a NASA-sponsored interview conducted for the Johnson Space Center Oral History Project in October of 2000: "I was not supposed to be taking any thing extra up, but I had this Movado, which was a self-winding watch, one of those with a little counterweight in it, and I was very curious to find out if the self-winding watch would still work in weightless environment or whether that weightless environment would inhibit the motion of that little counter- weight and keep it from being wound up."

An automatic Movado was in space before the Seiko 6139 "Pogue" watch. 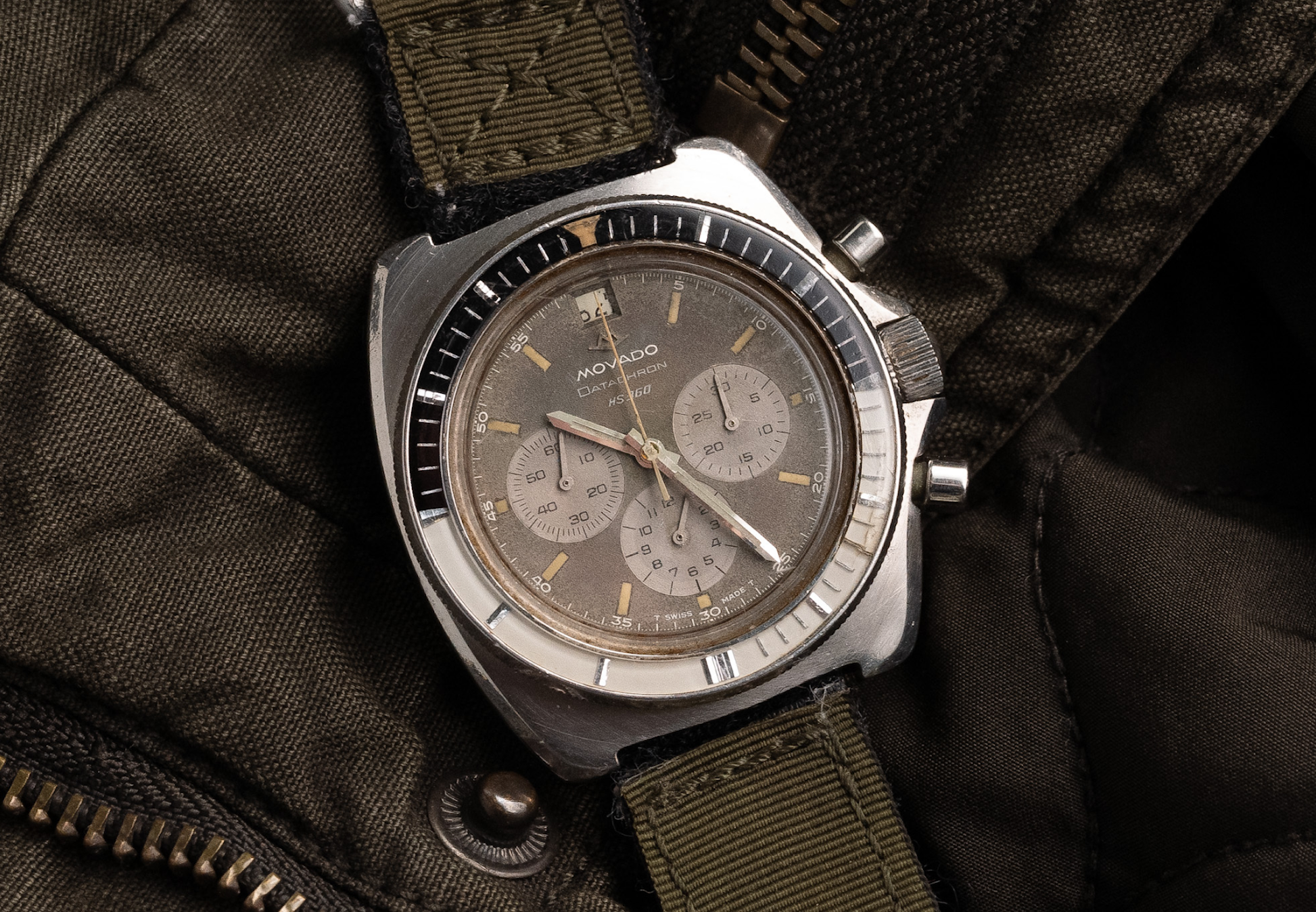