In Praise Of Tourneau

In Praise Of Tourneau

Those who have that never-ending hatred of quartz watches can go to a different thread. Warnin' ya.

On Monday, I brought a Tag Heuer 2000 series watch (from 1998) back to Tourneau for a battery change. I bought it there pre-owned 12 years ago, and it’s a quartz model, the “2000 Classic” I think it was called. When you buy a quartz watch at Tourneau, all future battery changes are free of charge, and since this one’s end-of-life indicator was flairing up, I took it back there.

Right now, going to mall stores in NYS is not enjoyable. It’s not fun at all. This particular Tourneau location is only allowing a couple of customers in the entire store at any given time, for COVID reasons. They open later and close earlier now, too. I get that. So, on Monday, there was a line of people outside the store, socially distancing by standing on the hash marks, and we were called in one-by-one when it was safe.

So a young lady behind the counter takes my watch, and I had the original receipt for the purchase with me. She writes up the order, takes the watch into the booth where the watchmaker is working, and tells me: “It will be ready for you on Thursday.”

Now, battery changes at this place usually take about an hour, so I, dumbfounded, blurt out: “This Thursday?” She said, “yes – our watchmaker told me he wants to concentrate on this one.” Confused, I say thanks and leave.

I get what she meant now. I picked up the watch today, and it was pretty special. Not only was the battery changed, but the entire watch had been cleaned and pressure tested as well. Not only that, but the watch obviously had been disassembled and cleaned on the interior as well; I had always noticed a speck on the underside of the crystal at about the 9 o’clock position that bugged me. First thing I noticed was that even that speck was gone. The bracelet was cleaned and looks like new. The whole watch does now (to the naked eye).

Total cost was zero, because I bought the watch there. I have only purchased three watches in Tourneau in about 15 years, though I browse there all the time.

Tourneau isn’t cheap, I get it. But they also do check ups on automatic watches, any watches they sell, too, on a yearly basis. I had forgotten about that.

Sounds like a great experience. Having zero experience with Tourneau, I was shocked when you said they did a disassembly, cleaning and pressure testing when you simply brought it in for a battery change. Now that's what I call service! Congrats. Now let's see some pics

That's the kind of story that brightens my day.
Curator: Alberta Museum of Chinese Horology in Peace River

That is real service! Amazing and awesome.

I am impressed and I dont get to say that often.
NRPI here.

Now that's the way you do CS. Wow!
My best friend from college shared his secret to his huge financial success, "I fell out of the right vagina."

Tourneau used to get a bad rap. Frequently deserved. Now under new ownership and have cleaned up their act. They've actually discounted watches for me.

^^^^ Yes, they will - virtually anything but Rolex. 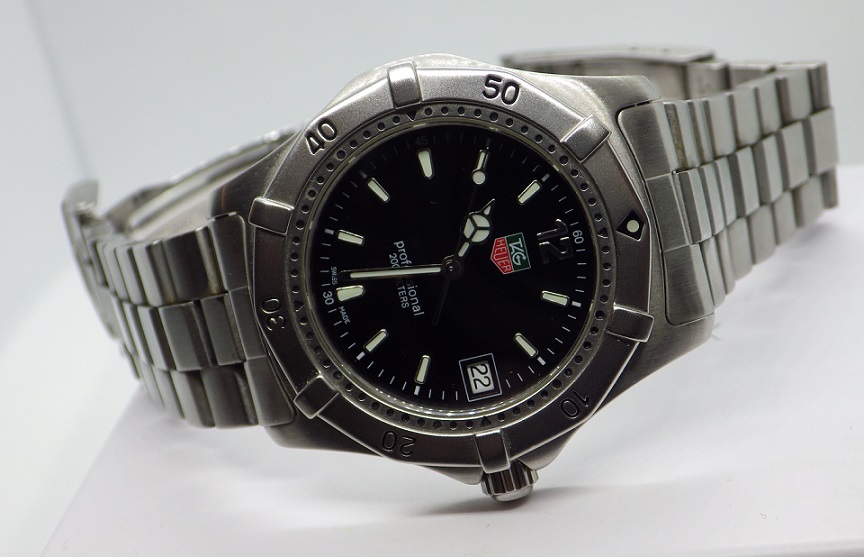