Yup. Robert Gattshall, the Ed Wood of watch reviewers, tells us all about a fab new flashlight:

Of course, anything that Robert Gattshall wishes to review is OK by me--he hadn't done a ball-busting-worthy review in some time, and I thought that perhaps he'd dropped the hobby altogether. I thought that maybe he'd gone to ground and become some half-assed backwoods survivalist or something, or perhaps his blog had gotten so few hits the TV carnies had stopped sending him free shit. Needless to say, I felt at a loss for the last month or two; whose balls would I bust if Robert Gattshall decided to chuck it all and take up wood-burning or something?

Well, a review of a flashlight review is better than nothing, so here goes--and in the very first paragraph, Mr. Gattshall doesn't disappoint:

The pocket flashlight that provides the power of some ”D” cell flashlights. That power is equal to 360 lumens with one CR123A battery. This little guy is only small in stature but gives the user one heck of a dependable flashlight. This is absolutely the Tyrion Lannister of EDC flashlights.

OK, a couple of things right off the bat--I don't have any idea who the fuck Tyrion Lannister is when he's at home, I'm not sure what a CR123A battery is, or even, I'm sorry to say, what a "lumen" is, although it's got to be brighter than Robert Gattshall. I do know that EDC stands for "Everyday Carry," which has something to do with being ready for the End Times, or the Zombie Apocalypse, or something. EDC guys, from what I understand, are fucking ready. They've got a lot of shit stored away, and carry a gun and a bunch of rope with them. I've never met Robert Gattshall, but I'll bet he's prepared for whatever shit hits the fucking fan.

The body of this EDC torch is crafted out of aircraft grade aluminum and features anti-roll technology that insures it stays pointed where you need it. The shaft has a texture to allows for easy grip that is just slightly larger than the CR123A battery that powers it.

Now, that last sentence seems a bit ghey to me--is this a marital aid or a flashlight? Being a Geek, Robert Gattshall has, I'm sure, plenty of experience with gripping a shaft--no doubt he's gripped the shafts of Mongo Kid and Master Wing A LOT.

The Fenix PD12 is both shock resistant (1m) and “Waterproof” up to 2 meters. The lens is a hardened ultra-clear lens that has been coated in anti-reflecting materials.

OK, so the Fenix flashlight has about the same water resistance as the average Invicter--I'm not sure what 1m of shock resistance means, but whatever.

The PD12 features a Cree XM-L2 (T6) neutral white LED with a lifespan of 50,000 hours with a digitally regulated output which maintains constant brightness.

I call bullshit! This is obviously something that Mr. Gattshall read out of the fucking owner's manual. I owned a Cree XM-L2 (T6) neutral white LED and it only lasted 10,000 hours with a digitally regulated output. I think Joe Fenix sent some free shit to Mr. Gattshall!

When I first started looking into EDC flashlights I was convinced that it wasn’t something that I would carry on a daily basis.

What the fuck, you dumb asshole!? You were looking for an everyday fucking carry flashlight that you wouldn't carry on a daily basis? What kind of half-ass survivalist are you? You wouldn't want to face the zombie herds without a flashlight, would you? Dumb ass.

BTW, seven people on faces-books like this revoo, which is less than the last NAMBLA posting got.

Read the thread title too quickly thinking this is an update on the Jill Somerstein Fleshlight.

I was naturally quick to pre-order but it seems there has been some production delays as it is by far their largest model. Even comes with a rope to tie around your waist

Anti-roll technology? Would that also be known as an edge?
Copyright Reclinervision 2020 Productions. All rights reserved.

conjurer wrote:
EDC guys, from what I understand, are fucking ready. They've got a lot of shit stored away, and carry a gun and a bunch of rope with them.

Personally, I can't think of any situation where I would need five feet of cord right fucking now!!!, but that is obviously just my lack of imagination.
"And they will know that I am the Lord when I lay my vengeance on them"
-- Ezekiel 25:17

jason_recliner wrote:Anti-roll technology? Would that also be known as an edge?

Anti Roll, wasn't she on The Jeffersons 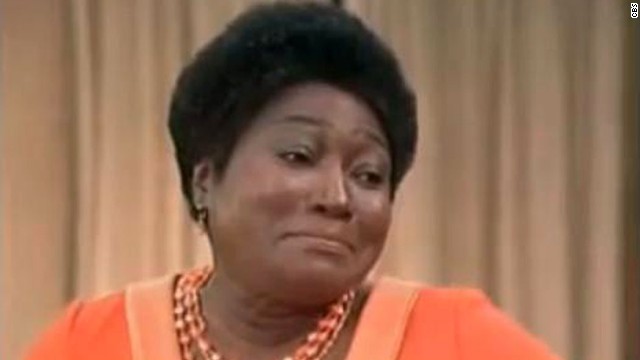 jason_recliner wrote:Anti-roll technology? Would that also be known as an edge?

Anti Roll, wasn't she on The Jeffersons BTW, seven people on faces-books like this revoo, which is less than the last NAMBLA posting got.
The fact that you know this fuckin' frightens me .

Horse Feathers wrote:Read the thread title too quickly thinking this is an update on the Jill Somerstein Fleshlight.

Yeah, tell me about it. I ordered mine and I keep it in the garage, but now I have to keep the car outside.

Irag8er wrote: ↑
January 3rd 2014, 7:24am
BTW, seven people on faces-books like this revoo, which is less than the last NAMBLA posting got.
The fact that you know this fuckin' frightens me .

I had to Google this. The fact that Irag8er (whoever that is) recognized the term concerns me.
See you're WRONG I don't work at all, I'm a Democrat. The immortal Horse Feathers as spoken to Chucky Ninetoes.
Post Reply
11 posts • Page 1 of 1